Posted by Sandy Weiner in dating in midlife, understanding men over 40 | 0 comments 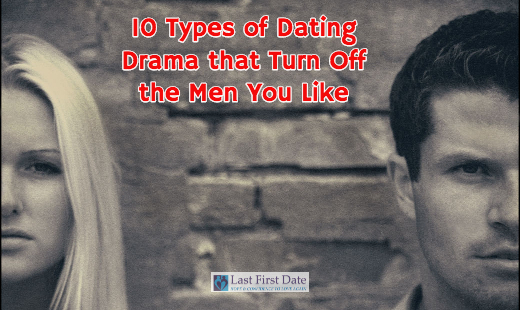 Are you unknowingly coming across as a drama queen in dating? Dating drama will turn off the men you like. Author Camie Vincent dishes on dating drama!

[NOTE: Today’s guest post is by Camie Vincent, aka LadyLove, an upcoming guest on my radio show.]

I once saw a video on You Tube that basically said men considered ALL women to bring some amount of crazy and drama to a relationship. Some more than others, and if a man was lucky enough to find a woman who rarely unleashed that side of her, hold on tight, because she is a mystical unicorn who surely would be highly sought after! After I read it, I asked a few of my single male friends if they agreed. Not only did they say they did, but they enjoyed talking about the different degrees of dating drama they have had to endure over the years.

OK ladies, so do you think YOU bring drama to dating and relationships? I’m sure most of you will quickly say, “NO.” Each and every one of us has had different experiences and each will have a different perspective when it comes to dating drama and love.

Men and women can be extremely similar and vastly different.

Personally, I love hanging with the guys on occasion, and I do admire their straight forward communication style. Simply put, men like life as simplified as possible. They don’t enjoy complicated or confusing. As much as men enjoy earning the promotion, winning the golf tournament, or finally winning over a women’s heart, once they’ve won the prize, they don’t want new twists and unexpected turns. Once they are dating you or married to you, they want things to go as smoothly as possible. While it’s not realistic to think relationships will go on without any problems, what I’m talking about here is unnecessary issues that seem to pop up too often.

Are there men who say they hate dating drama but always seem to be chasing after women who seem to be surrounded by one problem after another?

A great big- YES! But, that’s a conversation for another day. Today, I’m going to go over some of the things women do that men file in the drama category and may just as quickly lock it and throw away the key! I’m going over them so you will be aware if you may be seen as a “drama queen.” Which hopefully, you are not and this will just be a quick reminder of some tips from the “don’t do” list for dating. At times, dating can be challenging and I want you to be successful while dating, so you find someone you can’t wait to talk to every day.

What comes to mind when you think about dating drama?

Here are a few I can think of; chaos, problems, conflict, exaggeration, issues, etc. Ever know someone who has a new set of problems they go on and on about every time you talk to them? That about sums it up.

Now ladies, the ten ways women display dating drama above are all extreme. You may have had a laugh or two because some may seem, well, exaggerated. You may be thinking you would never or have never done anything on the list, and men may also engage in the above behaviors.

While that may be true, you may also have unknowingly displayed your own brand of dating drama, and it has unfortunately turned off the men you like. If I’ve helped you become aware of these behaviors, that’s awesome.

You’re trying to work toward having a happy, healthy union with a quality man. Are issues going to come up in your life or relationship? Of course! However, I want you to think about the way you handle adversity. Think about the way you come across to others. When life throws a curveball, your feelings are hurt, it’s important to process the pain before reacting. If you do this, no one will ever be calling you a drama queen!

Now that you are well versed in what dating drama is and is not, try to embrace dating without drama, and you will have the men lining up and taking numbers!

Author, Camie Vincent is a psychotherapist licensed in Georgia and Florida, currently working in private-practice in the Atlanta, GA. area. She is a member of Psi Chi- The International Honor Society In Psychology and is listed under the National Crime Victims Research & Treatment Center of South Carolina. She released her book, “Drama Free Dating,” in November 2017, which is available at all major online bookstores and Amazon.com. She writes an advice column for dating/relationships, is a romantic at heart, and wholeheartedly believes in love. Visit her at http://asteptowardchange.com and http://dearladylove.com.