9 Signs of Infidelity in a Relationship

Posted by Sandy Weiner in breaking up with grace, communication skills in dating, dating after divorce, red flags in relationships | 0 comments 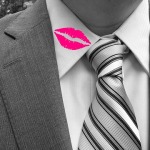 This article has been submitted by the team at Fine and Associates who are family lawyers in Toronto.

When you’re in a close relationship with someone and there are obvious signs that something is amiss, you need to look into it. Is there something different about your partner and you just can’t put your finger on it? They might not be keeping their regular schedule, may offer vague explanations of their activities, may be making changes to their appearance or are frequently spending late nights at the office. All this and more can lead to the suspicion of infidelity. It’s important to recognize these signs and to follow-up with your partner about their behavior. By identifying the signs of infidelity in the relationship, you can then begin an open and honest discussion on whether your partner is cheating and how the situation can be resolved.

9 signs of infidelity in a relationship

If your partner is suddenly acting secretive and unusual, an affair might be the reason. Do they always seem to be working late nights at the office? Are they always at a ‘friends’ house? Do they have one too many parties to attend? Such unusual behavior and the act of missing all the time are warnings signs. If he/she is suddenly always missing, chances are they are busy with someone else!

The cheating partner might show signs of their infidelity through gifts or overly grand gestures of affection. Some find that their partner’s actions change quickly and they become more affectionate and attentive. If this behavior is not consistent within their actions during the relationship so far, this could be an indication something is awry.

Other forms of guilty behavior include avoiding eye contact. Guilty people often avoid eye contact with those they’ve deceived for fear the person will see the deception through their expression.

While taking time for yourself is normal and even important in a relationship, a need for more and more privacy is a sign that your partner is hiding something. For example, they might be suddenly taking more of their phone calls in a separate room. Or they might have added a password to their cell phone recently. This could be a sign that they have information they’re hiding from you. If they become more private over time, this could indicate that they’ve developed a new relationship they want to keep from you.

4. Attitude Towards You Changes

For those in long-term relationships, it’s often important to create joint bank accounts to stabilize the relationship and pay joint bills together. But those who are cheating on their significant other might wish for additional separation of their finances.

They might hide their credit card information from their partner to keep their meetings with others secret. They might also start a new separate account during the relationship to further separate themselves from their partner. It’s important to recognize when your partner begins separating their finances more than they have previously.

A clear sign of infidelity is when a person gains one particular new friend and spends an increasing amount of time with them. While this might be completely innocent and it’s important to trust your partner if they explain their relationship with the new friend, it’s still important to recognize when the relationship begins to change. They might mention their new friend more often in conversation or they might be secretly speaking with this new friend during times when you’re not around. This type of behaviour indicates they and their new friend are hiding their interactions. And this could be a sign there is more to the relationship than they’re willing to tell you.

7. Changes to Their Appearance

You’ve been dating the same person for a year or more and they suddenly decide to change their wardrobe, their perfume or cologne. This could indicate they are trying to impress someone else. If they suddenly become obsessed with their personal appearance where previously they’d be happy to go outside wearing a simple t-shirt and jogging pants, they might be deliberately trying to appeal to someone else in particular. While it’s normal for some to change their style, it’s important to recognize when their appearance and behavior changes suddenly. Keep a check on transformation in appearance. A drastic change in clothing, style, mannerisms and other similar elements for no apparent reason, it can mean your partner is having an affair.

8. They’re Overly Defensive And Accuse You of Cheating

If your partner is overly defensive when you ask him/her simple questions such as where they are and where they are going, it’s a huge sign that something is wrong. And if they accuse you of cheating, they are trying to cover up for their own bad behavior.

9. Your Gut Tells You Something Is Going On

You know your partner and you know them well. You are aware of their behavior, personality traits, emotions and more. And suddenly everything seems off and you have a gut feeling that they are up to something. It’s best to trust your instincts in such cases and dig deeper.

Recognize the Signs But Seek Out the Truth

These signs might not be foolproof evidence of cheating, but they can help point you in the right direction if you notice something feels off with your current relationship.

It’s important to sit down with your partner and discuss your suspicions before making an accusation that you cannot back-up with evidence. While your relationship might be important, your mental health should be of the utmost importance as well. Calmly follow through with your suspicions and seek out as much information as possible, before making any decision on the future of the relationship.