A Man’s Thoughts on Online Dating After 50

Posted by Sandy Weiner in dating in midlife, online dating after 40 | 0 comments 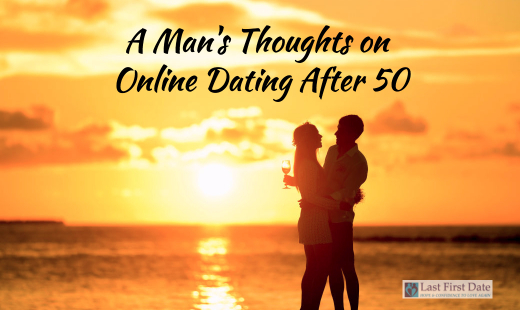 After his wife died, author, Chuck Epstein, discovered that re-entering the dating scene wasn’t easy. Here’s his story of online dating after 50. 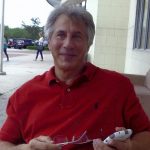 My radio guest, Chuck Epstein, was married 33 years when he lost his wife to cancer. Having recently moved to Florida for her treatments, he didn’t have much of a support community, so he attended a grief support group. He was the only man in a group of 15 women. When the leader asked, “Who is ready to date again?” he was the only one to raise his hand!

He wrote a memoir about his adventures in online dating after 50, You Don’t Think I’m Beautiful. It’s filled with the ups and downs of dating after 50, especially if you live in Florida with many retirees. You’ll laugh at some of his crazy stories, and other dating adventures will tear on your heartstrings.

Check out highlights of our interview on Last First Date Radio below.

A Man’s Thoughts on Online Dating After 50

Chuck, how did you know you were ready to date?

After my wife died, I realized that while most widows had support groups, and I didn’t have friends or much family in the area. I was a candidate for depression, and realized I needed to do something. I went on JDate and Match.com. I sold my house and was ready to move, and ended up looking at towns as a single person, how it would be to live in this town. I settled in the Boca area, and started dating. It’s been almost three years since my wife is gone.

The book is a memoir written from a male’s point of view, which is unusual. I also point to my mistakes.

Can you share your worst story about online dating after 50, and what you learned from it?

The name of the book comes from a woman I met online who lived in a nice country club area. I met her at a bar for drinks. She was very thin, pale, and her eyes showed stress. She was in the middle of a divorce, her husband was a doctor, and her sons were lawyers, and she was pretty much having a nervous breakdown. She invited me back to the bar at her country club afterwards.

At one point, she looked me in the eye and said, “You don’t think I’m beautiful.” I said, “I don’t think you’re beautiful now.” I didn’t know how to answer that. It was so sad.

I felt like Rip Van Winkle. After years of working and being married, I was shocked to meet women who were dating their ex-husbands, who were remarried to someone else.

How did you stay optimistic throughout the dating process?

I did get depressed after breaking up with my first girlfriend. She had cut me off 100% from communication, which felt cruel. I sought therapy for the first time. When my wife died, there had closure. When I broke up with this woman, there was no closure. She literally stopped talking overnight. She blocked me from Facebook, wouldn’t write to me.

It’s hard to be optimistic. Dating is emotional. There are projections, and memories of the past, which can kick in when you meet someone. You can also be overly optimistic and project all kinds of things onto people.

What are two things discussed in the book that don’t get talked about a lot?

What did you learn about yourself in the last few years of online dating after 50?

You can listen to the entire episode here.

Chuck’s book is available here. And you can join his Facebook page here.

NOTE: It’s really really important to have our podcast reviewed. If our show has provided value or helped you in any way over the years, please:

1. Leave us a review on iTunes and share how the show has helped you or inspired you to move ahead. Here’s our show on iTunes.

AND, here’s a quick tutorial on how to leave a review via your computer or phone.

2. Share with your friends, family and colleagues. If you’ve got people in your life who are looking for a good dating and relationship podcast to subscribe to, recommend Last First Date Radio!