Home » red flags in relationships » Am I in Another Emotionally Abusive Relationship?

Am I in Another Emotionally Abusive Relationship?

Posted by Sandy Weiner in red flags in relationships, self-esteem in dating | 0 comments 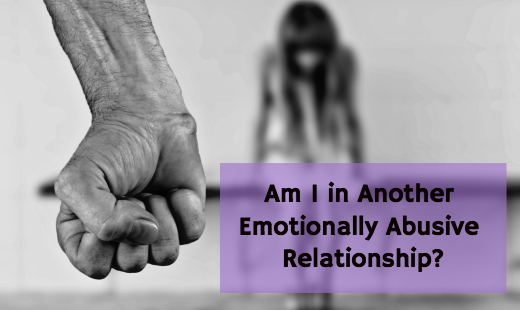 Her boyfriend bolts when life gets complicated. Is this another emotionally abusive relationship? Yes, and here’s how she can put an end to it.

I have been in a relationship with a man for six years now, and this is the second time he has broken up with me. The first time was almost a year ago. He said he left me because of my daughter and her issues. I feel as though he left for an old girlfriend who happened to come back into the picture around the same time. After not communicating for a month or two, I broke down and contacted him because I missed him. I think after she found out we were talking again, he moved back to his home. He insisted that he didn’t leave me for her, but because my daughter’s issues were too much for him.

The second time was recently, when my daughter moved back home after breaking up with her boyfriend. He wants me to tell my daughter to go get a job and stop depending on me. He thinks I’m not strict enough with her. I’ve tried to be with him in the past, and that didn’t work because they both wanted my attention.  It caused me a great deal of anxiety and stress.

Right now, my daughter doesn’t have much confidence in herself, so I need to be here to help and encourage her. Even though my daughter isn’t my boyfriend’s biological daughter, they both have the same personality traits that drive me nuts!

It’s like he wants me to kick my daughter to the curb so we can be together. He doesn’t want any issues to be between us. To me, that sounds a little unrealistic. Maybe I deserve a better boyfriend? Do I walk away from him? Am I in yet another emotionally abusive relationship?

Any advice so that I can move forward would be greatly appreciated.

Am I in Another Emotionally Abusive Relationship?

I see two issues here. A crappy boyfriend and a parenting tweak. Both are related. I’ll show you how…

First, let me get this straight: your “boyfriend” (the quotes are intentional) only likes you when you have no issues. He wants a drama-free woman, someone who can devote all of her time and energy to him, and only him. Sounds pretty selfish to me.

Do you have any girlfriends who only show up for you when things are going well, but bolt when you have problems? If that ever happens, I hope you walk away, just like you should walk away from your ‘fair weather boyfriend’.

A good man sticks by your side through the good AND the bad. Your daughter’s needs are important to you, and you don’t just drop your kids for your man. With adult children, it’s a balancing act to prioritize them both, but no man should make you choose.

Are you in an emotionally abusive relationship? I think so, and that’s because you’re allowing him to crap all over you. I’ll address how to handle this in a minute.

Second, you say your daughter lost her job, moved back home, and has low self-esteem. If she was living on her own and working, she’s an adult, and adult children need to learn to cope with life’s ups and downs. The best gifts you can give your child are the life-skills to be resilient when life throws her curves, like losing her job.

If you’re continually rescuing her, she will not learn how to get back up after she falls down. Love her, support her, and teach her how to move on.

In both of these cases, you are not setting clear boundaries for how you want to be treated. Figure out what you need from others—a boyfriend who shows up in a crisis and doesn’t abandon you, a daughter who can find another job on her own—and set those boundaries.

Speak up when your feelings are hurt, and stop accepting crumbs of attention from men.

The more you set those boundaries and relationship standards, the more aligned and empowered you will feel. Are you ready to kick the soul-suckers, emotional abusers to the curb? I’m here to support you!