Home » understanding men over 40 » Are Designer Relationships Right for You?

Are Designer Relationships Right for You?

Posted by Sandy Weiner in understanding men over 40 | 0 comments 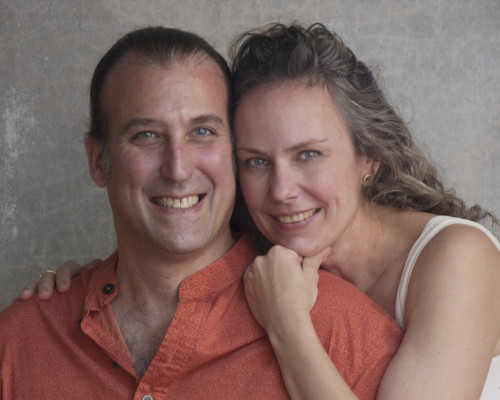 I interviewed them for a Last First Date Radio segment on Designer Relationships. You can find highlights of the interview questions and answers below.

Are Designer Relationships Right for You?

You say we are in the midst of a new sexual revolution, can you talk about what that means?

A decade ago, it was almost inconceivable that marriage equality would be the law of the land. It also would have been hard to imagine that Time would feature a transgender television star on its cover and call the trans movement “America’s next civil rights frontier.”  A similar shift is taking place in cultural attitudes toward alternative relationship styles.

As part of this wave of interest, we were interviewed as experts for a segment on Breakthru Radio/FoxDC in April 2014. The interviewer informed us that approximately 40 percent of her New York City “person on the street” subjects thought that open relationships were a valid and viable option, even if not for them personally. We doubt that she’d have had a similar rate of responses in 2005 or 2010.

What is a designer relationship?

There are countless variations. In a designer relationship, you are the designer, along with your partner or partners, and it’s up to you to create a relationship that works and to redesign it when and if appropriate.

How do you define monogamy?

There’s no simple answer, and that’s one of the problems that people face when they say they’re monogamous; it doesn’t mean the same thing to everybody.

In scientific terms, true monogamy is the formation of a sexually exclusive lifetime pair-bond.  This is very rare in nature, but it was the ideal throughout American society until the late 20th century, when it was largely replaced by serial monogamy.

We break monogamy into four components:

Late-Modern Monogamy combines all four elements but only in the last 200–300 years did these become the exclusive province of marriage. Many cultures have provided structured outlets for extra-pair sexual activity. In most societies, marriages were primarily business arrangements; love was not a prerequisite, nor was the expectation that one’s spouse had to meet every emotional and social need. In practical terms, extended family and community provided considerably more support than is expected today.

Most of the available research actually points to higher levels of relationship satisfaction in consensually non-monogamous couples than in the general public. For example, in a study of swingers conducted in 2000, 78.5 percent described themselves as being “very happy” in their marriages, as opposed to 64 percent in the general population.

Learn how having alternative relationships differs from cheating, how designer relationships affect children, and more by tuning into the full episode here.

Subscribe in iTunes so you don’t miss a show!