Home » dating after divorce » Are You Addicted to the Rush of Early Romance?

Are You Addicted to the Rush of Early Romance?

Posted by Sandy Weiner in dating after divorce, self-esteem in dating, single women over 40 | 4 comments 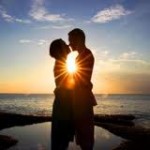 I confess. I’m a recovering romance adrenaline junky.  Aside from my high school sweetheart, whom I dated for seven years on and off, my pre-marriage dating history was checkered with many short relationships. They usually peaked at about 3 months. I guess you could say I was addicted to the high of early romance.  I was also guilty of jumping into relationships head first, not really ‘pre-qualifying’ the men I dated (past the initial attraction). This once led to a three-week cross country trip with a boyfriend I had only been dating for two weeks. I loved traveling across this amazing country, but the trip would have been much less stressful if I had taken the time to get to know this guy. I made the best of it, despite the relationship that fell apart over the trip!

Post-divorce, I am a lot more discerning. I have had two three-month relationships with wonderful men, but they ended for different reasons. In both, the man was more into me, and after a few months, it became clear that although they were good guys, there were some key elements missing from our relationship.

Through the internal work I’ve done, I have become so clear on what I need for a relationship to be successful. I don’t want to waste anyone’s time in a relationship that is ultimately doomed to fail. And I certainly don’t want to compromise or settle for someone if they are missing a key component that is foundational to a great relationship.

As a dating coach, I make a lot less dating mistakes than I used to in my youth. I am learning from all the coaching I’ve had and the myriad books I’ve studied, and most importantly, from each failed relationship.

If you are addicted to the rush of early romance, pay attention to the tips below.

Why rushing into a relationship can lead to failure:

1) Being too impulsive. When you lead with your heart and physical attraction, you can be blind to red flags. While it is important to use your gut and attraction as gauges in choosing a mate, they should not be the only qualifiers in a relationship.

2) Not pre-qualifying a potential mate. When you know what it is that you absolutely MUST HAVE and MUST NOT HAVE in a relationship, you can quickly pre-qualify whether someone is a good match. Make your lists and check them twice before jumping in. This will save you heartache. Think about the precious time you could be spending forging a relationship with someone more compatible.

3) Getting physical too quickly. Sex can make you stupid. It can fog your ability to judge a person’s character, especially when the chemistry is off the charts. Take your time jumping in the sack. Wait for exclusivity/monogamy for two reasons: safety from STDs and keeping your heart protected until trust is built.

4) Chemistry is a 10 +. If the chemistry is that high, chances are you will not be yourself around this person. Turn around and run the other way.

5) One person is more into the relationship than the other. When the attraction is unequal, the person who is less attracted can often lose interest once the early romance dies down. It’s like taking off rose-colored glasses and seeing someone for the first time after a few months have passed.

Being with someone you’re not that into is a bad idea. This can stem from a lack of faith that someone more compatible exists. It’s like accepting crumbs instead of the delicious ‘cake’ in store for you.

You are a treasure. There is a wonderful man out there for you.

Take your time to forge a healthy relationship. It’s worth the wait!