Home » dating after divorce » Are You Dating an Arnold Schwarzenegger?

Are You Dating an Arnold Schwarzenegger? 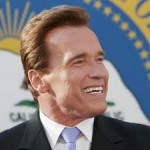 Have you ever dated a slick, sweet-talking, charismatic man, only to find out that he was a liar and a player? You might have ‘Arnold Schwarzennegger bad boy syndrome’ or ASBBS for short. Okay, I made up that term. But Mr. Total Recall is all over the news recently for his philandering with the housekeeper and fathering her son 8 years ago. He is now apologizing profusely to the public, stating that Maria Shriver was and still is the love of his life. He wants to win her back. Blah blah blah. Do we believe that he’s sincere? That he’s come clean and won’t cheat ever again? Not a chance! Has this type of scenario ever happened to you? If so, let’s break that toxic bad boy cycle for once and for all!

It’s no secret that Arnold Schwarzenegger is quite the con-artist. Here’s a recent example of his dishonorable conduct ~ this is his advice for the candidates, shared with the press the day before the presidential debates: “The most important thing is to be real, to be as honest as possible, and not to drop a lot of numbers and facts and statistics, because people don’t remember that. You’ve got to be able to look right into the screen and to communicate with the people.”

See, the problem is that he is also impressive. His rags to riches story, his incredible focus and vision for success, all led to his rising star ~ in Hollywood, politics, and in the body-building world. He set his mind to succeed and succeed he did!

It can seem to be very confusing. If he was all evil, we wouldn’t be charmed by his words and his incredible energy. We wouldn’t be impressed by his accomplishments. We wouldn’t watch his movies or hire him for governor.

How to Stop Dating the Arnolds and Start Dating Good Guys

1. Focus on his actions, not his words. When dating a toxic bad boy, it’s easy to be pulled in by the charm and the larger than life energy. So easy, in fact, that character is often ignored.

A person’s character, observing their actions rather than their words, is key when you’re looking to build a successful long-term relationship with a healthy guy.

2. Eyes wide open, legs firmly shut ©. I coined that phrase as it  pretty much sums up my dating mantra. Ladies, open those eyes and see who he is. No wishful thinking. Pay attention from the very first conversation.

And don’t give up the ‘cookie’ before you trust him and you’re in an exclusive relationship. Women bond through sex, men generally don’t in the same way. So, hold off on the prize. Because you are a prize. Believe in your inherent value. If he’s worthy, you’ll share all of you. If not, you walk away with your pride and your heart intact.

That pretty much captures the essence of how to avoid the toxic Arnolds out there.

Follow those two key guidelines, and you’ll find yourself a healthy, wonderful man with whom you’ll want to build a long-term relationship.

And you won’t turn around in 8 years to come face-to-face with the child he fathered with your housekeeper!

To your success at finding real love,