Home » breaking up with grace » Are You Settling in Relationships?

Are You Settling in Relationships?

Posted by Sandy Weiner in breaking up with grace, love after 40 | 0 comments 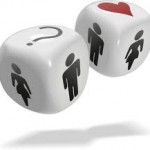 I am a 28-year-old guy in the midst of a dating dilemma. About three months ago, I was introduced to a 21-year-old girl. Prior to this girl, I was only dating girls in their mid-twenties. When the matchmaker suggested a girl this young, my immediate concern was that she might be too young for me. I didn’t want to be settling in my relationships, but we went out anyway and really hit it off. We continued to date and enjoy the time we spend together. She is nice, pretty and possesses fine qualities.

This girl, although very sweet and fun to be around, seems naive to certain things and somewhat immature.

Aside from being educated, I am also quite cultured and enjoy philosophical discussions, which I don’t think is her thing.

Everyone tells me how lucky I am to be dating a girl seven years younger, and that she will mature with age, and intellectually we will eventually be on a similar level. However, I am concerned that as well as we get along now, if we get married, we might both discover that we are very different from each other.

Meanwhile, I am getting pressured to make a move towards an engagement or break it off. I really like her, and am afraid of losing her. But, at the same time, I am also afraid of marrying her.

Is it possible for these differences to eventually work themselves out and fall into place after she becomes a married woman and grows older? Or, could these issues realistically become a big problem for us a married couple? Am I settling in my relationship?

Marriage is not a decision that should be made based on how a person might change. It’s a monumental life choice based primarily on who a person is now, plus how you will both hopefully grow together. But the emphasis is on the NOW. The only thing that’s a definite is how you experience this woman in the present.

You say you like her, but the way you describe her seems to me to be pretty ‘meh’. Many girls are pretty, have good values, and are enjoyable. Where’s the passion? If you don’t connect with her on a deep level, you are missing something crucial to your relationship.

Are you settling in relationships?

You need to follow your head AND your heart, not the advice of those pressuring you to marry her because she’s sweet and so much younger and will hopefully mature into the woman of your dreams. Relationships should not be based on hope alone.

By the way, I don’t think age is necessarily the issue here either. I’ll bet there are many younger women who would be interested in philosophical discussions. In high school, I was pretty deep and engaged in conversations about life and philosophy on a regular basis. So, I don’t think this is an issue of a much younger woman as much as an issue of incompatibility.

My rule of thumb for settling:

Don’t settle on issues of character and compatibility. Settle on the small stuff. She likes Mozart and you like the Beatles? That’s something that you can resolve. She wants to live in the country and you’re a city boy? A bit more complicated.

There are more fish in the sea, so please don’t make a choice based on a feeling that this is as good as it gets, especially if your intuition is telling you otherwise.

With best wishes for love,