Home » breaking up with grace » Are You Wasting Time With the Wrong Man?

Are You Wasting Time With the Wrong Man?

Posted by Sandy Weiner in breaking up with grace, dating after divorce, first date success, red flags in relationships | 0 comments 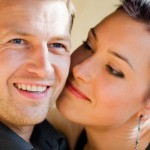 How do you know when to stay and when to go in a relationship? The first step is to get clarity around your relationship “deal breakers” and “deal makers” before embarking on a new relationship. When you know your relationship needs, you can balance your head and heart as you assess whether to continue dating or move on to the next prospect. I’ll illustrate this with my client’s dating story.

Is Laurie Wasting Time With the Wrong Man?

“Laurie” was dating “Josh” and wanted some coaching on whether she should continue seeing him. He had many of the qualities on her “deal maker” list; he was kind, financially successful, fun, and open-minded. She was attracted to him, but there were also some yellow flags that popped up from the very beginning that concerned her. Let’s look at how their relationship unfolds and figure out if she’s wasting time with the wrong man, or  should she give Josh a little more time?

Laurie gave me permission to share their text conversations. I’ve changed names and details to protect the innocent. The texts tell a very interesting story of a relationship unfolding. I’ve added my comments in parenthesis, noting where green,  yellow, and red flags popped up.

Josh and Laurie: A Dating Story

Josh and Laurie were supposed to get together for their first date on a Sunday evening, but by late afternoon that Sunday, he still hadn’t decide where to meet.

Josh: Can’t say I have a good meeting place in mind. Just want you to know I’m thinking of us, and chances are we’ll go for a bite to eat, if we are to meet later (What did he mean by “if we are to meet later?” Is he changing his mind? The indecision and lack of commitment were the first  yellow flags. Is he flaky and unaccountable? Is he going to bale on the date? Maybe he can’t commit? Laurie had her eyes open, but didn’t want to jump to any conclusions before getting to know Josh better.)

Laurie: (Growing frustrated by Josh’s indecision, she takes the reigns). The rainy weather calls for cozy conversation. How about sushi? I’m familiar with some of the best places in town.

Josh: I like how you pick up the ball : ) How about 6:30? You pick, I pay. (Laurie was pleased that he finally said yes to a plan AND offered to pay, which made that part of the date less awkward. Green flag!)

Laurie: 6:30 sounds perfect. How about Sushi Palace? The number is 555-1212 if you’d like to make reservations. They can get crowded. Sound good? (She likes when men  take control, so she put the control back into his hands).

Their first date was lovely. Josh had called ahead and reserved a table like he said he would. Green flag! He told Laurie how beautiful she was in person, and they had great first date conversations. Lots of smiles. Laurie thanked him and expressed how much she enjoyed the date. After dinner, Josh asked if she was parked in a well-lit spot. He walked her outside, gave her a quick peck on the lips, thanked her for a lovely evening, and began walking towards his car. Why didn’t he walk Laurie to her car? Another yellow flag. Laurie likes a man who cares about her safety and walks her to her car at night.)

Josh texted her later that evening to tell her how much he enjoyed every second of the date. The next night, he texted again.

Josh: I’ve thought of you often today. All I can truly sum up about meeting you last night is that I’d like to know more. I know there are many layers to you. What about you? It’s okay to be as honest as you want. (Another yellow flag. Was Josh insecure, or was Laurie reading into his words? It’s a little weird to need this kind of feedback about how your date feels about you after just one date. A confident man doesn’t ask if his date feels the same level of interest after only one date. Besides, Laurie had already told him that she was interested in seeing him again. Her gut was telling her that he might be insecure, but she wanted to give him the benefit of the doubt.)

Laurie: Your text made me smile. I, too, thought of you. I look forward to getting to know you better and uncovering some of your layers. When would you like to rendezvous for some layer uncovering?

Josh: Guy smiling! The beauty of the day just became slightly richer. When? When we overlap schedules and windows appear. (What? Here he goes again, not committing to a date, being vague. This is making Laurie a little concerned. Is this a pattern? For now, it’s a  yellow flag.)

Laurie: My windows are ready to be thrown wide open! (She’s letting him know she’s interested in setting a date, but he doesn’t pick up the bait. Frustrating, but still cutting him some slack).

A few days later, Josh texted her a photo of a concert he was at, with the caption, “Wish you were here!” Laurie sees a yellow flag waving;  feels like he’s moving too quickly. They only had one date. “Well”, she thought, “maybe he’s just a loving guy who expresses his affection easily. We’ll see…”

They spoke that night and had a great conversation. He didn’t come on too strong, and Laurie felt a little better.

In the next few texts, he called her pookie doll, lovey, dear, etc. Laurie played along, making up some funny pet names to show him she was playful, not taking this pet name thing too seriously. But Laurie had been in several relationships with men  who were on a fast train, falling in love after only a few dates. She was on high alert. She was committed to pacing her next relationship. So, as their second date approached, she was going to watch Josh’s actions and see if he was truly moving too quickly, or just free with terms of affection.

The second date was romantic and sweet. Josh gave Laurie a little gift, something he bought that reminded him of her. Very thoughtful, thought Laurie, but she got another little ping in her gut. Yellow flag? Too soon for gifts? It was just a small token, so maybe not…

They walked along the beach and kissed for the first time. It was the first time in months that she kissed a man, and she was enjoying the sweetness of those first kisses. They dined at a restaurant with a roaring fireplace and delicious food. The conversation was delightful. They were both looking forward to the next date.

On the third date, he took her to a concert. Laurie volunteered to bring a picnic dinner, and Josh was thrilled.  The concert was fun, they held hands throughout. When he saw his friends in the audience, he wanted to introduce her as his girlfriend. Yellow flag! Too soon! But the evening ended with an intense make out session, and the yellow flag was swept under the rug.

Josh wanted to take things further and invited Laurie to come to his apartment the next night. It was an obvious invitation for sex, and Laurie was not ready. But through our work together, she knew how to turn him down gently.

Laurie: I am very attracted to you and look forward to going back to your man cave someday soon. But tomorrow night is too soon for me. I’d like to continue getting to know you and trust you and kiss you. I guess you could say I’m on a slow train. How do you feel about that?

Josh: It’s ALL okay! Everything seems to happen right on time in its own time.

But Josh’s words didn’t match his actions. Over the next week, texts became sparse, phone calls even more spread apart. It was obvious to Laurie that Josh did not take well to her slower pace.

Then, she got this strange text.

Huh? Laurie was confused. She thought he was very attracted to her. He had escalated the relationship so quickly, and wanted to sleep with her just a week ago. They spoke on the phone later that day and discussed their attraction for each other.

Josh: “Shouldn’t I be thinking of you all day and wanting to be with you? Shouldn’t I be getting butterflies every time I think of you? I’m not, and that concerns me. What about you?”

Laurie: “The last time I had those kinds of intense butterflies, it didn’t end well. That’s lust, and that’s not what I’m looking for. I want to get to know a man slowly, to really build a lasting relationship. Of course, attraction has to be there, too, and I am attracted to you. I’d like to get to know you slowly and not rush or project what might happen in the future. How about you?”

Josh: “Yes, I feel the same way.” Then he asked what she was doing that weekend, and they made tentative plans for Saturday night or Sunday morning.

Saturday night, he fell asleep early, so they scheduled a hike for Sunday morning. At 10 AM, he texted her that he had overslept and needed to cancel plans. Enjoy your day!

Ouch. Laurie understood that he was backing out, but he could have been more direct about his feelings. She would have appreciated some sort of explanation. A few days later, Laurie texted Josh to call when he could talk. After a brief discussion, it was clear that they should call it quits.

Let’s look at the yellow flags:

Lack of commitment from the very first date.

Moving too quickly with terms of endearment and calling her his girlfriend.

When a man wants to have sex before a woman is ready, he’s being a guy. It’s not a yellow flag. But the fact that he lost interest after she slowed him down – that was a red flag. They were obviously not on the same page with their vision for a relationship.

Laurie knows what she wants and needs in a relationship, and even though Josh had many of her relationship requirements, he didn’t have them all. They would not have been happy in the long run. His vision for a relationship is immature, more like that of an adolescent boy than a grownup man.

Laurie used my favorite 4-letter word in dating, NEXT! She already has a date with a hot new guy this week. There are plenty of fish in the sea, so don’t hold onto a man who’s not your best match. Hold out for the one who’s compatible with you in all the important ways, and you’ll find lasting love.