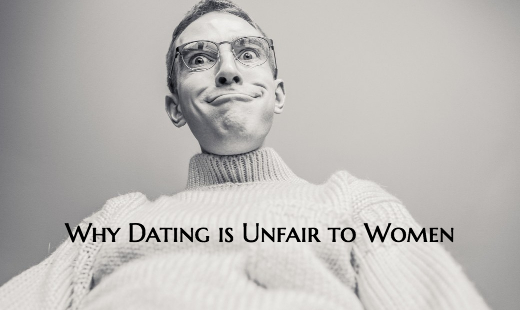 Dating is unfair to women, right? Why do balding overweight uninteresting men seek hot babes? It’s time to get to the bottom of this frustrating situation!

Why is dating unfair to women? Why do men feel it’s ok to be balding, have a beer belly and few interests, but expect you to be bikini ready with lots of interests? Is it just where I live? Are men less superficial in places other than Dallas? I have been on so many meet and greets to find the man shorter and heavier than his profile. My profile photos are accurate within one year and 10 pounds! And you’d think from their reaction I had used photos that were 20 years old and had gained 50 pounds! 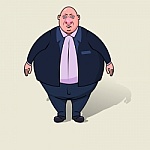 It’s not fair that men want women to be slim and gorgeous, while they have a huge gut and don’t take good care of themselves. How dare they?

Wouldn’t it be great if we could wave a magic wand and have everything in life become logical and fair and square? Just imagine how different online dating would be…

Everyone would post current un-photoshopped photos of themselves. Their essays would honestly reflect their lives today. Truth in advertising. What you see is what you get. That would be awesome, right?

There would be essays that read, “I’m an overweight slug, who likes to sit on my couch, stuffing my face with fatty foods and beer every night. I never work out. I hardly ever read a book. And I would love to be swept off my feet by a hot chick who went to an Ivy League school.” Would you date him if he was truthful? I think not.

The problem is a) the world is not always fair and b) people don’t see themselves through a realistic lens.

The 60-year-old guy with the beer belly probably looks in the mirror and says, “I am hot!” He sees a 28-year-old buff chick magnet.

The woman who posted an old photo from ten years ago may be ashamed of the weight she’s gained and just wants a first date with an eligible man. So, she tells a little white lie.

Hey, I inflate the truth a little in my essay, too. I write that I’m 5’6″ even though I’ve probably shrunk a 1/2 inch. That’s a lie, right? Yet, I prefer to still think of myself as an unshrinking young woman.  A little white lie doesn’t hurt anyone, right?

Sure, I’ve dated men who blatantly lied about their height and weight. I show up in three-inch heels, and I tower over the guy who said he was 5’10”. When I call him on it, he says, “Well…I’m at least 5’9″…”

So, people distort their images, and they don’t always see themselves as others see them. My 91 year-old father thought that 50 year-old women were perfect for him. When I asked why he doesn’t go after the harem of women who flocked to him at his assisted living facility, he said, “They’re too old.” He is stooped over, walks with a walker, has a big gut, is balding, and thinks he can score the hot woman who is forty years younger. No fair, right?

These men can fantasize all they want.

But…it’s not your problem. That’s on them. You have no control over what they post.

You do have control over yourself, though. If you want a man who tells the truth, make sure you’re being truthful. Rock what you have, no matter your age. A woman of value who honors and loves herself first, takes good care of her body and mind, who is happy with who she is, and who has clear boundaries about how others may treat her, attracts a quality man. (Even if he is a little bald and has an expanding gut.)