Posted by Sandy Weiner in dating after divorce, dating in midlife, single women over 40 | 2 comments 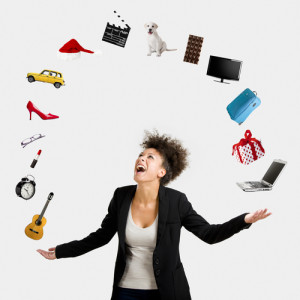 She may appear to have no room in her life for a relationship with you, but there’s more to an independent woman than meets the eye.

Have you ever dated a fiercely independent woman? Did you write her off, assuming she didn’t have room in her busy life for you? I can’t speak for all women, but I can tell you that this independent woman makes time for the people who are important; family, friends, and the man in my life.

Independence doesn’t mean I want to live alone for the rest of my life, doing everything for myself. It doesn’t mean I can’t “time-slot” a man into my life, as some men have feared. Yes, my life is gloriously full, AND I want a relationship. Unfortunately, many of the men I date don’t understand how that works.

A window into the life of an independent woman

I wasn’t always a strong, independent woman. I’ve become self-reliant mostly by default. Before my divorce, I was more of a follower than a leader, more passive than active. Now, I’m an independent homeowner, bill payer, business owner, single mom, and CEO of my life. When I left my husband, I didn’t realize how much responsibility I’d be taking on.

At times, it’s overwhelming. I want to crawl under a rock and make all my responsibilities disappear. I want a knight in shining armor to come and whisk me away to an exotic island, sipping margaritas as we watch the sunset. But not for long, because I don’t give up or give in easily. After all, I’m an independent woman. I enjoy the vibrant life I’ve created, but it’s not yet complete.

I’ve earned my independence through sweat and tears

I’ve slain many dragons, most of them way before my divorce. Our firstborn child was born with many birth defects. In his first two years of life, he had 17 surgeries. We learned he had Fanconi Anemia, a rare genetic disease that often causes bone marrow failure and death, usually before a child reaches adulthood.

My husband was understandably overwhelmed and angered by our son’s disease. When he shut down, I stepped up. I studied all the literature available at the library (there was no internet in those days). I became an expert in Fanconi Anemia, because most doctors had no idea what it was or how to treat it.

At the tender age of five, our sweet little boy died suddenly from a brain tumor. When my husband “disappeared” in his mourning, I became more independent, soldiering on to nurture our 3-year-old daughter and newborn son. It was lonely, losing my husband to his anger and depression after our son died.

I learned to do everything myself

I stopped asking for support because my husband was no longer capable of giving me what I needed. Like many women, I stayed married because I thought it was as good as it gets. When I looked at my friends’ marriages, most of them weren’t so different from mine. The wives were independently holding down the fort, and the husbands worked hard and were emotionally distant. Why leave my marriage if there was no better option? I thought it was crucial to give the kids a two-parent household, no matter what.

With therapy and increased self-awareness, I realized that I had been giving up too much of myself in this marriage. The cost was too high. There may not be Mecca out there on the other side of marriage, but I had to leave. I had to save myself.

Divorce wasn’t easy, but here I am, eight years later, living an incredibly rewarding life I’m proud to have created.

Many women become independent by default

What happened to me happened to a lot of women in dysfunctional marriages. When our husbands became emotionally distant, we took on more responsibility until we no longer asked for help. We become independent by default. We stopped asking for what we needed and wanted, because our past experiences told us we’d be ignored or worse, put down. So we learned to do it all. We stopped trusting that men would show up and be the loving partners we wanted and needed.

Much of what happened in my marriage and in the marriages of other independent women boils down to two basic issues. One, we chose the wrong partners, men who shut us out when the going got tough and couldn’t communicate well. Two, we had ineffective communication skills. Many women have trouble asking for what they want in an effective way.

Healthy grownup relationships depend on the ability to choose a compatible partner, one with whom you feel safe enough to open up and be able to discuss anything, especially the hard stuff.

I love running my own business as a dating coach, but I no longer want to do everything by myself. I have learned to ask for help in my professional and personal life. Most importantly, I want a good man in my life. No, I need a man—for intimacy, support, travel, and shared experiences of sorrow, joy, and appreciation for the simple pleasures of life.

The next time you date a woman with an independent façade, know that deep inside, there probably lives a wounded little girl who sorely wants a relationship. Don’t write her off so quickly. When you extend your warmth, your confidence, and your willingness to be vulnerable, she’ll probably open up to you and be a wonderful partner. She’s looking for a strong man who will embrace her independence and give her permission to let go. She doesn’t want to do it all by herself anymore.

The best relationships are between two independent people with full rich lives. They respect one another and learn from each other. They join forces to become an amazing couple. That’s definitely what this independent woman wants.

This article first appeared in the Good Men Project.