My Boyfriend Is Not Affectionate Outside of the Bedroom

Posted by Sandy Weiner in dating in midlife, love after 40, understanding men over 40 | 0 comments 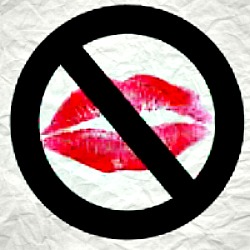 My boyfriend and I are in our mid seventies and have been together 1 1/2 years. After the first few months, I noticed he wasn’t very affectionate apart from sex.  He told me he was like his brother and father who were cold and distant with affection, but that he would work on it.  I told him I was upset, as it is a need for me.  Whenever I want cuddling, it is up to me to initiate it. He accepts it, says he doesn’t NOT like it.  I know he has aches and pains, so putting one arm around me is problematic.  I have even suggested that we could just make out with our clothes on, and we did once – he liked it.

He has had numerous health issues and is often tired, even though he does take care of closing out his business and most household matters.  He says his goal is to please me, and he does take me to movies I would like, etc.

How can I inspire him to want to just make out without actually asking?  Once I told him I would have to get my need for affection (hugs) met from my girlfriends or somewhere else.  This is not a solution, as I want the affection and attention from him!  Am I neurotic or demanding?

Thanks for your attention to this continuing problem.

I don’t think you are neurotic or demanding. Your need for affection is real, and it is valid.  From your description of your boyfriend, it sounds like he has some deep internal wounds that he hasn’t dealt with. If his father and brother were cold, he didn’t get the love he needed from them. But a lack of affection in your family of origin is not contagious. It doesn’t have to be permanent. It’s a void that can be dealt with. And when we really open to love, we become very vulnerable. That can be scary for most people.

I don’t know if your boyfriend is open to therapy, but I feel he’d greatly benefit from dealing with his past.

Why your boyfriend is not affectionate outside the bedroom

Another reason for why your boyfriend is not affectionate could be because of his health issues. He may have low libido. How often do you have sex? And is sex satisfying for you? You say that he’s tired and has aches and pains. When we age, our bodies change a lot. Men and women’s hormone levels also drop. He may have a lower libido than you. And that can also greatly impact the amount of affection he requires vs. how much you require.

You’re the only one who can decide whether your boyfriend’s lack of affection outside the bedroom is a deal breaker. I don’t think you can inspire someone to be more affectionate. You’ve already expressed your needs. You’ve been creative in how to receive the affection you want (making out with clothes on). You can’t force affection. It wouldn’t be very gratifying if he hugged and kissed you on demand, would it?

I suggest that you talk with him about this some more. Tell him how much you care about him, and that you have a real need for affection that he isn’t currently filling. Ask him to brainstorm with you about ways he can be more affectionate. Let him come up with a solution. It will make him feel more masculine and in charge, which is a turn-on for men and will be better for you in the long run.

If you’ve tried to make this work and nothing changes, it might be time to walk away. Only you will know if this is a true deal breaker or not.