Home » self-esteem in dating » Coaching Q & A: Am I crazy to feel this way about a guy?

Coaching Q & A: Am I crazy to feel this way about a guy?

Posted by Sandy Weiner in self-esteem in dating, single women over 40 | 2 comments 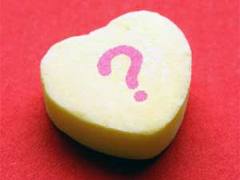 I’ve been seeing this guy James for several weeks now and have been on multiple dates. But then all of a sudden I didn’t hear from him for 4 days! Not a text or call, nada! Everything is going great, there was nothing that happened for him not to contact me. Why wouldn’t he call for that long? Is it something I did? That’s when I decided to call him and of course it went to voice mail. I left a message saying “Hi, just seeing what your plans are this week, I’d like to see you. Call me back.” Another 24 hours later, he calls and acts like nothing has happened. I don’t think he even knew he hadn’t spoken to me in 4 days. Do I ditch this guy and move on? Or do I need to change the message I’m sending to him? How do you tell a guy that it’s not okay to go that long without talking without sounding like a crazy woman?

Sounds like your relationship with James is lukewarm at best. You’re not feeling valued by him.

Here’s how you know if a guy is your boyfriend:

Your relationship (or non-relationship) with James is flatlined. It’s not moving forward, is it?

Some people are happy dating casually without forward movement. You sound like a person who wants a relationship. At the very least, you want to be valued.

You ask, “How do you tell a guy that it’s not okay to go that long without talking without sounding like a crazy woman?”

You don’t tell him as much as show him that it’s not okay. You’re not a crazy woman for standing up for how you feel. But when you call him after a four-day lapse and he responds as if nothing happened, it’s pretty obvious that you’re on two different pages in this relationship. If he wanted to see you, he would call. That’s what guys do.

I’m not saying that James is a bad guy. He’s probably a good guy. But he’s not your boyfriend. He just sounds like a guy who is not prioritizing you in his life. Do you want that for yourself? That’s a question for the CEO of your love life.