Home » breaking up with grace » Dating a Man Who’s Separated, Not Divorced

Posted by Sandy Weiner in breaking up with grace, dating a dangerous man, dating in midlife, self-esteem in dating, understanding men over 40 | 0 comments 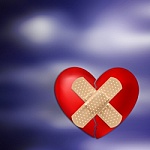 I hope you can help me.  My husband passed away 8 months ago.  A friend of both of ours became very interested in me.  He was separated, not divorced at the time.  He has three kids, all in their twenties.  His two daughters had a very difficult time with him dating me.  Two months into the relationship, he told me that one of his daughters asked him to give their mother another chance.  He reunited with his wife, and  I am totally devastated and depressed.  I never thought he’d do this to me!  I didn’t think it would be a problem dating a man who’s separated, not divorced. What is your advice?

You’ve been through so much loss – first the death of your husband, now the end of your relationship with a man who reconciled with his wife. The pain must be quite difficult to bear.

If you were my client, I’d advise you to take a break from dating. You need time to heal. When you date too soon after loss or the end of a relationship, you’re more likely to get involved with the wrong person (such as dating a man who’s separated). You’re lonely. You’re vulnerable. You can’t make your most rational decisions when it comes to dating.

Dating a man who’s separated or dating yourself first?

Read this post on How to Survive a Breakup. In it, I share some powerful tips to help you work through your breakup and move on with your head held high. Before you go on another date with any man, you must learn to balance your head and your heart. Most importantly, you need to take the time to to date yourself first, because you are a woman of value. Never forget that. No man can take that away from you.

Wishing you much love,