Home » dating after divorce » ‘Enough Said’, A Study in Dating After Divorce

‘Enough Said’, A Study in Dating After Divorce

Posted by Sandy Weiner in dating after divorce, dating in midlife, love after 40 | 0 comments 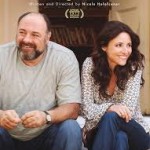 A recently divorced friend highly recommended the movie, ‘Enough Said’. I think it’s a must-see for anyone dating after divorce. Eva (Julia Louis Dreyfus), a divorced single mom, is a traveling masseuse, bringing her massage table to the homes of her clients. Her only child is leaving for college in a few weeks, and she is struggling with separation anxiety. She attends a party where she meets Albert (James Gandolfini) – a funny sweetheart of a man whose only daughter is also about to leave for college. They are both surprised to find how much they have in common, and an endearing romance blossoms.

The plot thickens as Eva befriends Marianne (Catherine Keener), her newest massage client. Marianne, a beautiful blonde poet, constantly complains about her ex-husband. As she learns who Marianne’s ex is, Eva finds herself doubting her relationship with Albert.

Without giving away too much, I’ll just say that this movie is an insightful story about what happens when you ask too many people what they think of the person you’re dating after divorce. Many of the struggles that Albert and Eva are dealing with are the same ones that my clients are struggling with as they try to make sense of dating after divorce.

A Study in Dating After Divorce

1. You have a new definition of attractive. People look different in midlife. Albert is overweight and balding. Eva doesn’t find him attractive at first. But once she gets to know him, she finds him to be very sexy.

2. You have to keep your kids in mind. When dating after divorce, if you have kids, you need to be mindful of them. When to introduce them? Do you have sleepovers when they’re home? What messages are you broadcasting if you’re having sex but don’t want them to? It’s important to consider all of this when dating after your divorce with kids in the house.

3. Your relationship is not the same as the one he/she had with their ex. The movie became complicated when Eva stopped trusting how she felt about Albert and began believing the opinions of others. She became confused about her conflicting emotions, and began losing her attraction to Albert. What happens between you and your significant other is about the two of you. The dynamics between him/her and the ex were totally different. Unless there was abuse or any danger, I believe you should trust your intuition about how you feel when you’re with your partner.

I hope you go see ‘Enough Said’. It represented the complexity of dating after divorce with humor, insight, and grace.