Home » breaking up with grace » Have You Been a Victim of Ghosting in Dating?

Have You Been a Victim of Ghosting in Dating?

Posted by Sandy Weiner in breaking up with grace, communication skills in dating, red flags in relationships | 0 comments 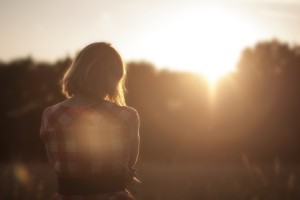 Have you ever been ghosted? If you are not yet familiar with this term, the Huffington Post recently published an article about “ghosting” in dating. This excerpt explains the ghosting phenomenon.

After three months of dating, 23-year-old Michael was optimistic about his relationship with Linda*. They were together often, and he’d even met her parents. One night at dinner, the “where is this going?” conversation came up. Michael and Linda mutually agreed that they wanted to move forward in the relationship. He dropped her off at home, kissed her goodnight … and never heard from her again.

After his attempts to reach her went unanswered, Michael put on his cute-guy hat and delivered Linda’s favorite cupcakes to her office — only to find out his name had been removed from the guest list at the gate.

We used to call it disappearing. Now there’s a fancier trendier word. Whatever you call it, if you’re single at this age, you’ve probably been ghosted or a ghostee at some point in your life.

I received this email from a widow whose boyfriend ghosted. Here’s what she said:

I am recently widowed and met a nice man.I had been sexually deprived because of my husband’s lengthy illness, so I had sex with him on the second date. After three months of fun and great sex he suddenly stopped calling. I realize he was obviously not that into me; however, I would like him to tell me what happened.  Should I contact him? He owns a piece of my heart and I am trying to move on.

I’m sorry for your loss. I can’t imagine how difficult it must have been to watch your husband’s health deteriorate over a long period of time. Several women I know became caretakers to their dying husbands. It is a very difficult and complex experience, and my heart goes out to you.

It’s understandable why you’d want to have sex right away with this new man. Many women who experience loss or divorce awaken to sexual pleasure after a long dry spell. Sex can be exciting well, sexy! Sexual intimacy is an important human need. So is the need to be touched and to give and receive love.

Why would this guy who, “after three months of fun and great sex” suddenly stop calling you? I’m not sure if the answer is “he’s not that into you”. There can be so many other possible answers to that question. Let’s explore a few.

7 Reasons Why He Ghosted in Dating

2. He has commitment issues.

3. He’s got a secret life you know nothing about.

6. He had a family emergency and can’t handle your relationship right now.

7. He’s a jerk who doesn’t have the decency to talk things out.

I could go on and on. While some of these reasons may seem ludicrous, do you really need to know why he stopped calling? And if you ever did ask him, do you think he’d be honest?

If you’re open to hearing what he has to say, call him. He may not respond to your call, but if he does, there’s a communication technique that I teach my clients that I’m going to share with you. When you communicate using a “man-script” like this, you will get the best response from your guy.

The “Why Did You Disappear” Man-Script:

“Eric, is this a good time to talk? (Make sure he’s open to the conversation. If he says no, ask when might be a better time.) I really enjoyed our relationship these past few months. I had a lot of fun with you and I thought the sex was great. I was hurt when you suddenly stopped calling and I’d like to understand what happened. Is there something I said or did that offended you in any way? I’d like to have an open and honest discussion with you. Are you open to talking about it?”

Here’s why this works. You check in with him. You get his buy-in so he’s attentive to you when you talk. You start with the positive. You tell him how you felt when he stopped communicating. You asked a question and asked for clarity. You care about his answer. You’ve made it safe for him to talk to you.

Listen to his answer. Don’t get defensive. Be open. If after you speak you realize he doesn’t honor or value you, he’s not your man. You will have some closure, but be aware that he might not be comfortable telling you the truth. And he may not answer your call or respond to an email. In that case, you’ll have to live with the fact that you will never know why he ghosted you.

Many men are uncomfortable disclosing their true feelings, not because they’re mean but  because they don’t want to hurt your feelings. That’s why some men say they’ll call after a first date and never do. And that’s why they sleep with you and then never call again.

Be a high value woman

Time to move on and use my favorite word in dating—NEXT! In the future, if you want a man to respect and value you, make sure you convey your value from the very start. If you don’t want to be a last minute option, don’t be available at the last minute. If you want to be in an exclusive relationship, let a man know that you don’t have sex without exclusivity.

Be the woman of value who attracts a man of value. That guy would never ghost you. He would talk things out, even when it’s hard.

Has this ever happened to you? Please share your experience with ghosting in the comments below.

Note: This article first appeared in Better After 50.

You might be sabotaging your love life without even realizing it. Discover the top 3 mistakes midlife daters make (and how to easily turn them around to find a loving partnership) The guide is yours absolutely FREE by clicking here.

Dating at this age can be confusing and frustrating. That’s why Sandy created a fabulous coaching group, a community of women who meet via teleconference 2X monthly to learn about men, dating, and relationships after 50. Sandy helps you stay focused and positive towards your goal of attracting the love you deserve. Click here to learn more about the Inner Circle coaching group.