Home » dating a dangerous man » Help! My Daughter is Dating a Narcissist

Help! My Daughter is Dating a Narcissist 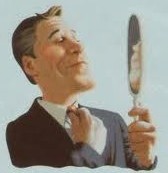 I need your advice on how to help my 17-year-old daughter stop dating a textbook narcissist. He is controlling, manipulative, and a relentless mental abuser.

She is addicted to his texts, even though he calls her a slut and curses. She stands up to him a bit but always ends up apologizing. She constantly tells him how great he is and that she loves him so much.

He tortures verbally through text and phone calls every minute of the day.  I took away her phone at school.  If she is out with friends, he is relentless, using every trick to keep her texting so its impossible for her to enjoy herself. He accuses her of cheating.  He does not want her to text others,use Facebook, tweet, etc.

He wants to control everything – and she says she will try to do better. At the end of every day he tells her how he can’t wait to marry her, she is his life, he never felt this way, loves her more then family, he’s the only one that loves her, she is the only one who will not cheat on him. (He says he was cheated on and that’s why he is like this.) She is trying to fix him, and he claims to be on board but nothing changes.

If I say something, she runs toward him. My daughter is dating a narcissist. What can I do to help her?

Help! My Daughter is Dating a Narcissist

I can feel how painful this is for you.  When my daughter was in high school, she dated someone who treated her poorly. As a dating coach, I saw the writing on the wall and tried to warn her, but because I’m her mother, she didn’t want to listen. She needed to learn for herself. When he dumped her two weeks before prom (ouch), she was devastated. I’m thrilled to report that she learned from the experience. She is now with an amazing boyfriend who respects and loves her and they both inspire each other to become their best selves.

I tell you this because sometimes it’s hard to believe there can be a happy ending. You want the best for your daughter  because you’re a good mother. But daughters and mothers often clash, which is why she doesn’t want to heed your sage advice.

It sounds like your daughter’s self-esteem is very low. She doesn’t yet have the ability to identify and walk away from abuse. She doesn’t yet know how to set clear boundaries about how she wants to be treated.

Where do you think she learned to tolerate abuse? Have you modeled clear, firm loving boundaries for her? Have you taught her to honor and love herself before allowing a man into her life?

Those are the things you can do for her. Model what a healthy relationship looks like. Set clear loving boundaries with her.

Hopefully, she’s able to extricate herself from this toxic relationship. If she agrees to go to therapy or counseling, that would be very helpful.

Wishing you the best of luck with your daughter,