Flirting and Physical Attraction on a First Date 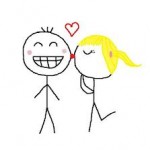 I don’t talk about sex, and do make an effort to show a woman on a date that I appreciate and like her intellect, wit, etc. But what I don’t do now or never know how to do is this: I typically do not comment on a woman’s appearance or offer compliments even if I think she’s a knockout. It’s been a policy of mine to avoid making ANY comment along those lines, thinking that women hear stuff like that from guys all the time on first dates and that it might seem like a “line,” or a come-on, or insincere. When I do express my attraction to and appreciation of a woman’s beauty, I want it to be meaningful to her and myself.

So, I don’t know how to show I’m physically attracted to a woman in a sincere, simple way on a first date, or other initial points of connection.I kind of see it in black-and-white terms. Maybe I’m just inept at it, so I avoid doing it all. I think my approach is working against me. A lot of my first dates–from online services–end up going on long with incredible discussions, but end up not feeling like romance is in the air, even if do feel attraction and a spark.

How about an article for guys about the appropriate, sincere, meaningful, simple ways to show a woman we’re physically attracted to her on first dates or other initial points of connection? It seems like decent guys can do it in ways that are awkward for the woman, not well-received, inept, off-putting, poorly-worded, etc. that end up being counter-productive.

I need the advice, and I’m sure there are plenty of guys like me. Women would benefit from guys handling this better, and maybe there’d be more successful first dates for everyone as a result.

Your question resonated with me, because I used to be a female version of you. In my teens and twenties, I was the proverbial anti-flirt. I had a lot of male friends but very few boyfriends that I was attracted to. I was considered ‘one of the guys’, engaging in intellectual conversations, kidding around, and playing sports together. In short, I was a lousy flirt.

Like you, I thought flirting was inauthentic, an overtly sexual come-on, and if you put your sexuality out there, you should be willing to accept the outcome. I didn’t want sex on a first or second date, and I wanted to be authentic in my interactions with men.

How can you be an authentic flirt?

What I now know is that flirting can be very authentic. Especially when it’s about being playful. It’s not necessarily an invitation for sex, especially before you know someone well.

It really boils down to self-confidence. When you’re feeling confident, you feel comfortable engaging with just about anyone. You flirt with the cashier, the neighbor, a baby, the mail carrier. You exude warmth and sexiness, which is very attractive to both sexes.

Learn how to flirt from pickup artists!

My suggestion to you, Jay, is to google ‘how to pick up women’. Believe it or not, pickup artists can teach you a lot about self-confidence and building up your sex appeal. My 22-year-old son spent a few months analyzing these videos. He’s an introvert, and was always in the friend zone with women.

He learned how to build rapport with a woman by watching these master pickup artists.

While I’m not advocating for you to become a pickup artist, I am suggesting that you learn from them how to get your ‘game on’. Flirting is more about confidence and playfulness than it is about an invitation for sex.

So, practice being more playful in your everyday life. Flirt with the cashier at the grocery store. Tell her you like her earrings. Smile at the people you pass on the street.

It may feel inauthentic at first, but eventually, you’ll become more confident, and you’ll start putting out the vibe that you are interested in a woman for more than her brains.

You said you were uncomfortable giving compliments to women, as they probably hear them all the time. I don’t think there’s a cap on compliments. We don’t hear them enough. Women love hearing compliments, as do men. On a first date, if a man says he likes my smile, or that I look better in person than in my online dating profile, I can see that he’s attracted to me. And that’s a turn-on.

However, when a man says, “I find you attractive. Are you attracted to me?” I feel his insecurity. This has actually happened on several occasions. It’s a big turnoff, and an awkward moment.

Show a woman you’re attracted with your body language, your compliments, and your playfulness. Top it off with a kiss goodnight, and you’ll give a clear message that you’re attracted.