Home » dating after divorce » How I Dodged a Bullet

How I Dodged a Bullet 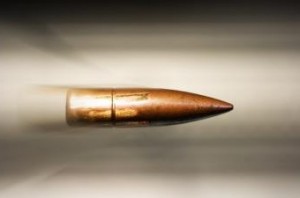 This past summer, I met someone on an online dating site. Let’s call him “X”. We had a dynamic phone conversation, shared many common interests and a similar outlook on life. He set up our first date for two weeks away. What followed were a series of disappointments; “X” didn’t return my first email (claimed to have never received my email), didn’t call when he said he would (went out with a friend instead and never contacted me to let me know), and finally, you guessed it, a missed date.

Based on his track record, I had a feeling he would forget our date, and had emailed early in the week to see if we were still on. “X” said he couldn’t make our date as he was out of town. He claimed to be too busy with work and couldn’t focus on dating anyone right now. He apologized. I was pretty upset. I felt duped. I had finally met a guy with a spark, someone who seemed to have so much potential to be a great match. Over the next few months, I often thought of contacting him to reconnect. And am I glad I didn’t…

A friend called me a few weeks ago with some updates on “X”. Seems like I dodged a bullet with this guy. He got married a month ago (that’s five months after our phone call. Who was this woman and how long did he know her?)! And he has a drug problem. Wow! That could explain his lack of ability to keep to commitments!

I had fantasized that this guy was a great catch. If he only got his business up and running, he would be emotionally available for a relationship. If he only lived closer, we might be dating. If we got to know each other, we would fall in love. If, if, if.

The next time you start to think “if only” about a guy, I advise you to think again. Pay careful attention to the signs that someone shows you early on in a relationship. If you get a bad feeling, listen closely. Tune it up, don’t tone it down.

Thank G-d I was able to dodge this bullet. I can only imagine if I had dated him and developed real (not fantasized) feelings for “X”. I would have been heading for a relationship disaster, and most probably, a broken heart.