Home » dating a dangerous man » How To Avoid Dating A Cheater

How To Avoid Dating A Cheater 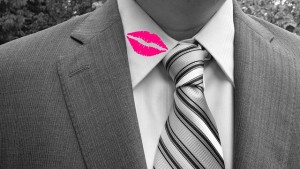 One of the most unfortunate realities of dating and relationships is that we just don’t always know when someone might be a cheater. If we did, no one would date them, and we wouldn’t have cheating! Sometimes, it’s just not easy to spot the tendencies or character traits that can indicate someone might end up cheating on you; and sometimes a person who wouldn’t ordinarily appear as a cheater is driven toward being unfaithful over the course of a relationship or by random events. We just don’t always know.

But that doesn’t mean that there aren’t some red flags to keep an eye out for when you’re looking for someone new, or in the early stages of a new relationship. Taking into account common reasons for cheating, general signs of trouble in a relationship, and most importantly your own intuition, you might just be able to identify risky partners, and at least decrease the likelihood that you end up dating a cheater.

How To Avoid Dating A Cheater

I know—this sounds like a big, obvious, glaring red flag, and the sort of thing you never actually get in a relationship. You don’t tend to look at a partner or someone you’re dating and think, “Yup, he’s secretive all right!” and then go back to minding your own business. Rather, if he’s secretive, you probably just haven’t put all the pieces together to realize it yet.

And yet, there are a lot of little things that can indicate a secretive, potentially problematic mindset.

Any of these things can be innocent in isolated circumstances, but all together they may indicate that he’s not being open with you. And as it’s articulated in an article about how to spot a cheater, “communication and the willingness to be an open book are two of the most important indicators of a happy and successful relationship.” They’re also indicators that he’s honest and likely not a cheater.

Pay close attention here, because there’s an important distinction to be made. Unexciting sex is not necessarily the same as dull sex. Dull sex is a clear, obvious problem. It’s also an indicator that you might have a problem connecting, either emotionally or physically (or both) to your partner. It’s something you should deal with regardless of suspicion of cheating. But sometimes, you can also find yourself in a sexual relationship that’s perfectly fine, ordinary, and satisfying. However, it lacks the excitement that gives it that special edge. An ordinary sex life might not be so bad as to be labeled dull, but it can be equally problematic.

According to a survey of why people cheat, a whopping 33 percent of responders who admit to having cheated said they did so because “it was exciting.” That’s a pretty broad reason that could me a lot of specific things. If you think about it from the perspective of the relationship a cheater is abandoning, though, it means that in at least 33 percent of relationships that suffer from cheating, there was a need for excitement. To be clear, this is not an excuse for the cheater. In the worst case, if a relationship lacks excitement, he should go about things the right way, addressing the problem and if necessary ending the relationship before pursuing excitement elsewhere. But in the context of this article, the high number of cheaters who admit to seeking excitement indicates that a lack of enthusiasm or innovation in the bedroom can be a major indicator that he might look to find it elsewhere.

There Are Biological Indicators

There can be biological (and socioeconomic) indicators as to whom may be likelier to cheat, according to relationship experts and neuroscientists.

The first indicator listed is a particularly deep voice. Because a deep voice indicates high testosterone levels, which in turn indicates a higher statistical likelihood to cheat, a deep voice can be a red flag. Oddly enough, another indicator listed was trouble maintaining an erection. Evidently, men who struggle in this area are considered more likely to seek excitement in affairs, where the forbidden aspect of the encounter can boost arousal, and the partner is unaware of the issue. Again, these indicators are by no means entirely accurate and should be taken relatively lightly, but they are backed up by some statistics.

Keeping an eye out for these signs and conditions won’t guarantee you protection from cheating in your relationship. But it will make you more aware, and awareness is the first step towards prevention. Go into relationships with your eyes open, and you’ll be less likely to end up in bed with a cheater!