Posted by Sandy Weiner in breaking up with grace, communication skills in dating, red flags in relationships | 0 comments 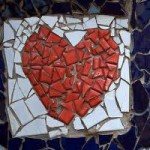 I broke up with someone yesterday. We had been in a relationship since September. We spoke several times a week, and our lives had become quite enmeshed. As it became clear that we were heading towards something serious with long-term implications, I realized there were several key components missing from our relationship. I wanted to break up but wasn’t sure how to approach it. Lucky for me, I didn’t have to initiate the conversation. My partner baled on me before I had a chance to speak my truth. There is one little twist: this was my business partner, not a boyfriend.

We began working together on my dating webinar back in September. Kind of like a blind date, ‘Kay’ and I were introduced through a mutual friend. We seemed compatible; she hosts a radio show for singles who are divorced or widowed, and I coach that same audience. I wanted to promote my webinar via her radio show. She had a different idea.

She was also interested in expanding her services to include webinars, and asked if I was interested in partnering with her on my webinar. After much deep thought, I decided to do it.

Partnering is a complex experience. In any relationship, you’re melding two personalities, with possible divergent communication skills and different agendas. Kay and I got along well, and I felt we offered each other complimentary skills.

After four months, we were almost ready to launch. The powerpoint was complete. The script was written.

And then I realized that there were legal issues surrounding our partnership, and we hadn’t yet discussed them.

When I brought this up, Kay wanted nothing to do with lawyers. She wanted to continue with a good faith agreement, based on our trust of each other. I was worried about the long-term, issues that might arise in the future if one of us left the partnership, how we were going to split funds, and many other issues I couldn’t even imagine. It was kind of like planning for a marriage (or divorce).

I decided to protect myself anyway, and spoke with several lawyers.

The contract that I needed them to draft would be like a pre-nup. In fact, every lawyer compared it to a pre-marital agreement. Interesting…

While explaining my project to the lawyer, I realized that in my heart, I really wanted to work alone. This webinar was my baby, and I needed to pursue it all by myself. It was my passion. But I was torn. I had already committed to Kay, and I take my commitments seriously.

So, I decided to go to contract.

Later that morning, I picked up the phone for my scheduled meeting with Kay.

“Sandy, you’ve taught me to speak my truth and follow my heart”, began Kay. “I’ve been checking in with myself all weekend. I now realize that this webinar is not my first priority, as it is yours. I have other work that is calling to me. I have decided that I need to either postpone the webinar or pull out completely.”

Amazing! I couldn’t have asked for a more clean and amicable break up. Kay and I both realized that we needed to disband this partnership. I was so grateful that I hadn’t yet invested the $1,000 for the contract. We both acknowledged how much we had appreciated and learned from each other, and promised to stay in touch.

The parallels to a romantic relationship are obvious.

1. Go into any partnership with eyes wide open. It’s easy to fantasize an ideal partnership when there is a high degree of chemistry and compatibility. But try and refrain from magical thinking. Stay as grounded as you can.

2. Pay attention to your intuition. If it’s telling you that something feels off, it usually is.

3. Advocate for your own needs. While a partnership is ultimately about two people coming together, you need to make sure that your own needs don’t get stepped on.

4. Speak your truth. If you feel your needs are not met, make sure to speak up in a way that the other person can hear.

5. If it’s not working, get out. The sooner the better. Don’t make your commitments or promises more important than what’s best for you. If you compromise too much, you will both suffer.

Do you have any stories about the parallels between romantic relationships and work relationships? I’d love to hear your thoughts.