How to End Things Gracefully After One Date

Posted by Sandy Weiner in breaking up with grace, communication skills in dating, dating after divorce, red flags in relationships | 0 comments 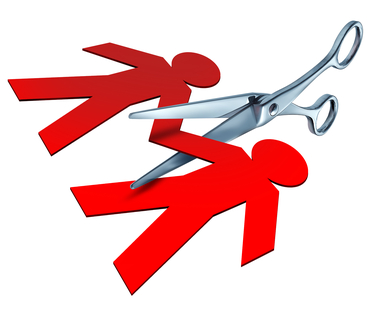 Sometimes you know in your gut you don’t want a second date. Here’s how to end things gracefully after only one date.

After my last relationship ended, I had been on a lot of first or second dates that went no further. Like many of you, I’ve been disappointed when the connection was not right for me, but I kept on dating. It’s always uncomfortable to tell someone you don’t think they’re right for you. I never want to hurt someone’s feelings, and I prefer the uncomfortable truth over ghosting. I like to think I’m pretty good at nipping things in the bud when there are clear signs that my date is not a good fit. I know how to end things gracefully, even after one date. But what happened this week threw me off a bit…

How to End Things Gracefully After One Date

I was supposed to have a coffee date with a new man. He called to cancel that afternoon. His phone broke, he said, and he couldn’t make it that night. What does a broken phone have to do with a coffee date? Sounded like he might be an anxious guy who doesn’t do well in a crisis, but I didn’t want to read too much into things before our first date. I agreed to reschedule for the following week.

Wednesday night, we had our coffee date.

As I was walking from my car to Starbucks, I received a text, “I’m here!” Another ping in my gut about him being overly eager. Again, I pushed that feeling away. I’ve texted men when I’ve arrived first, letting them know where I was sitting. I wanted to be open and present on our date.

As I entered Starbucks, he told me he doesn’t drink coffee or tea. Strange, as he chose to meet at a coffee shop! The conversation was a bit stilted and awkward at first, but as he relaxed, there was more of a flow. We even laughed a few times, which is a good sign. He admitted to being nervous, and I know from experience that when someone’s nervous, they’re not totally themselves. I used to hold back a lot of my personality on first dates, so I could relate. A second date can bring out more of someone’s personality. So when he asked if I’d see him again, I said yes. He said, “Yeah, that’s what they all say.” Hmmmm.

He started texting me the next day. And that’s when things started to get weird.

Him: Hi! I found you on Facebook. Such great pictures of you! Now I’m going to be tongue tied the next time I see you!
Me: I saw that you sent me a friend request on Facebook. Wanted you to know, I don’t connect on social media with people I date.
Him: Well, that means we are going to date! We both will be speechless!

He was making me uncomfortable, stalking me on social media, sending a friend request, projecting a lot about our future dates.

I didn’t want to see him again and needed to end it.

Here’s what I wrote:

“You seem like a wonderful person with many great qualities. I enjoyed meeting you, but I don’t feel we’re a romantic match. I wish you only the best.”

He immediately wrote back:

“I can’t say I’m not disappointed, but I understand. It was very nice meeting you and I wish you nothing but the best. You deserve it.”

I was relieved that he didn’t interrogate me as to why I wasn’t giving him a second chance. I feel so much better that I ended it right away. And I feel good about what I wrote and how he responded.

I share this with you because often, we don’t listen to our intuition in dating.

When your gut says, “This doesn’t feel right”, listen to that inner voice.

I have ignored that wise voice so many times, and it’s always been right. Better to end things right away when the message is loud and clear. It’s also important not to write someone off for the wrong reasons. Give someone a second or third date if you’re enjoying yourself, and there are no big red flags flying in your face.

Have you ever ignored your gut feelings about a date and let things progress longer than you wanted? Did you ignore your inner voice and/or not know how to gracefully end things? Please share your thoughts.