How to Stop Attracting Unavailable Men 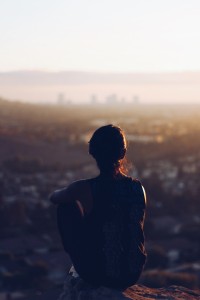 Last year I was contacted out of the blue by someone I had a long distance relationship with nearly 20 years ago!

I am naturally cautious, but being single and coming up to 60 (though most people think I’m at least 10 years younger), I thought “why not go for it, what have I got to lose?”

He lives about 3 hours away, so the distance is there but not so far.

The passion was still as great. I’ve stayed with him and he’s stayed at my place, I’ve met all his friends and he talked about us going to Paris, going sailing on his boat, etc.

This was six months ago. Then about a month ago I sensed a slight withdrawal/distancing from him and I tried not to be needy by calling too much. Then he finally phoned me and said that it wasn’t working out for him, our worlds are too different, and he can’t give me what I need/want.

I was absolutely devastated because it felt like deja vu from the last time. Mistakenly, I thought he had changed/grown up. And I feel like such a fool.

I’m trying to process this and keep wondering what I might have done wrong, or whether I attract/am attracted to emotionally immature men. He is 56, has no children, has never been married but has a little dog who is his world. I am finding it very hard to know how to move on,  feel better about myself and not close my heart.

I want to acknowledge that you took the first positive steps towards healing your heart – you assessed what happened in your relationship and asked for help. Many people just beat themselves up for what they might have done to cause a breakup. You are being proactive, and healing begins with the truth about what happened.

You hit the nail on the head when you said “I attract/am attracted to emotionally immature men.” I don’t know about your history with other men, but it seems as if this man bolted when the intimacy became too much for him.

How to stop attracting unavailable men

Maya Angelou said, “When someone shows you who they are believe them; the first time.” This man showed you that he was emotionally unavailable 20 years ago. And it seems as if he hasn’t changed much in 20 years.

I’m not implying that people don’t have the capacity to change. They do. But you do need to proceed with caution when letting anyone into your heart, especially if things ended badly many years ago. Your heart is precious. The only men who should be allowed to enter are those who are emotionally available and prove they are worthy of you.

5 Signs of an Emotionally Available Man

1. His actions match his words. People show you who they are by the things they do rather than the words they say. Pay much more attention to a man’s actions than his words. Words are cheap, easy, and meaningless without follow-through. Trips to Paris don’t mean as much as being there for you on a daily basis through good and bad.

2. He is consistent. An emotionally available man wants to have you in his life. He escalates the relationship, from first phone call to first date, to seeing you several times a week, to a relationship, to a possible life partner. He realizes you are a treasure and he doesn’t want to risk losing you to another man. He doesn’t run away when the intimacy grows. He stays and talks things out if he’s uncomfortable.

3. He is accountable. He shows up and does what he says he’ll do. He apologizes when he messes up. He works on making it better when he does something wrong.

4. His heart is open. He has done the internal work to heal from past relationships. He doesn’t blame you for his problems or past mistakes. He has a generous heart and wants to give and receive love (with humans, not just his beloved dog).

5. He makes you feel good when you’re with him AND when you’re not. A good relationship is one in which you feel safe and secure, treasured, heard and seen. You feel great when you’re together and just as fabulous when you’re apart. You’re not wondering if he really cares about you, whether he’s lying, cheating, or doing anything behind your back that would sabotage the relationship. You are secure in the knowledge that you are number one for him and he for you.

Once you can recognize an emotionally mature available man, your picker will improve, and you’ll stop attracting unavailable men.

Next, I want you to step more boldly into your self-worth, and learn to say “no” to a man who doesn’t meet your needs. You’ll set clear boundaries about how you want to be treated. And you’ll know when to stay and when to go.

Put these into practice and you won’t be blindsided by an emotionally unavailable man again.