How Your Dating Quotient Affects Your Love Life 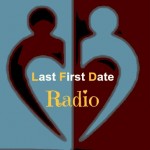 Yesterday’s Last First Date Radio guest was Steve Penner, AKA “Your Profile Doctor”. Steve has worked with single, divorced, and widowed men and women as both a Matchmaker and Dating Coach. In 1982, he founded the Boston-based dating service LunchDates, interviewing and matching up over 25,000 singles.  In 2005, he sold LunchDates and began writing a syndicated newspaper column titled “The Truth about Dating,” passing on the insights and observations he had absorbed at LunchDates. He was then hired by eharmony.com, and served as the primary Matchmaker for the company’s “Personal Matchmaker Service.” Steve now works as “Your Profile Doctor,” advising singles on how to play the on-line dating game. Steve spoke to me about how improving your dating quotient can improve your love life. I have loosely transcribed the highlights of the show. Enjoy!

How Your Dating Quotient Affects Your Love Life

Sandy: Exactly what do you mean by the term “Dating Quotient?”

Steve: When I started LunchDates in 1982, I found men and women making the same mistakes over and over. I could interview someone and predict how they would do on LunchDates and in the single world. The dating quotient is an assessment on how well you’ll do in dating. Who you are and who you’re looking for should be a good fit. Most people are unrealistic in their search for love.

Sandy: What kinds of questions do you ask to find out a person’s dating quotient?

Steve:  I would ask them how important is ______ to you? The two categories that people don’t compromise enough on are height and age.

Take height for example: A man says he wants to date someone who’s over 5’6”. He eliminates all women 5’5 1/2″ and under. There may be a wonderful match for him in the lower height range, and he will miss her if he sticks to this criteria.

I encourage people to be more flexible in one criteria or another.

Steve: Yes, especially in the height requirements. According to the research I’ve done, 90% of all people said they want to date someone with an even number of feet/inches – at least 5’10”, 6’, but not an odd number like 5’9″. A one-inch difference might be easier to match up. I like to tell people who want to date a man who’s 6’ tall, that instead of feet, think in inches, like 72”. Would you date someone who’s 70”? Most would say yes! But if you asked if they’d date someone who is 5’10”, they’d say no.

We get a lot of our dating patterns from high school. I recently went to my 50th high school reunion. Most popular girls and guys from high school were divorced. When you’re young and people are throwing themselves at you, you may not develop a warm, compromising personality, which is essential for making a relationship work.

Another interesting finding was about age. When men and women state the age range they’re willing to meet, they usually answer in digits that end in 5 or 0.  When you’re being matched by  a computer, like on Match.com and eharmony.com,  you might eliminate certain matches in either direction. I suggest people go up or down by a few years to widen their search.

The absolute worst age for a woman to turn is 37, because 35 is the top age for many single never married men.

I write about the ‘mid-thirties power flip’. Women have the edge into their early thirties. This all changes at age 35. Then, men have the advantage. Men are more in demand in their 40’s, 50’s, and 60’s.

Sandy: How can someone raise their Dating Quotient?

Steve: By being more flexible on the subjective things.

Also it’s important for men and women to have their own interests and friends. One of the biggest mistakes with couples is dropping friends after marriage.

Men don’t date only the most good looking women. According to my polls, a woman’s eyes and smile are most important.

Sandy: What if people don’t want to make the type of changes in their dating priorities that you suggest?

Steve: I suggest that if they are still single after many years of dating, don’t blame the online dating sites, the coach, men, etc. It’s you. Change your preferences or stop complaining.

For midlife dating advice and a copy of my FREE report, “The Top Three Mistakes Midlife Daters Make (and how to turn them around to find love now)” please click here.

For exclusive articles and tips on dating, relating and mating in midlife & updates on my weekly radio show, please ‘like’ my Facebook page.