Home » dating after divorce » “I’m a Good Guy”? Pay Attention to His Actions, Not His Words

“I’m a Good Guy”? Pay Attention to His Actions, Not His Words

Posted by Sandy Weiner in dating after divorce, self-esteem in dating, single women over 40 | 6 comments 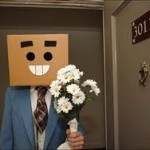 “I’m a good guy. I may seem like a d*%#ck, but I’m really a good guy.” These are the words that my client Sue’s boyfriend, Bob, would say after he screwed up. He didn’t remember her birthday? “I’m a good guy. Please believe me. My computer crashed, so I couldn’t sign into Facebook for the birthday reminder. Let me make it up to you by taking you out Thursday night.” Sue’s sister was ill, and she was under tremendous emotional stress. Where was Bob? Aside from a perfunctory call at the beginning of the week, “How’s your sister?”, he wasn’t there to support her. When she brought it up, she got the same line, “I’m really a good guy. I’m so sorry, my phone was stolen and I didn’t get your text messages until a few days later when I got my new phone. Please trust that I’m a good guy.” It is so easy to believe a man’s excuses when you’re crazy about him. You want to trust that he’s sincere. But it’s far more important to pay attention to his actions.

In my practice as a dating coach, I see this happening so often. And it starts at a young age. I’ve been observing my 17-year-old daughter’s friends and their boyfriend issues.

Ali has been having boyfriend problems. The guy who used to chase her and call every day has not been calling as often. He doesn’t make the effort to see her. They almost broke up last week over some hurtful texts.

Saturday night, when they got together to talk things through, he promised he’d call more often. He promised he’d stop being so flirty with his best friend, who just happens to be a girl. He’d get together with Ali more often. And he would text less, which is where much of their relationship currently takes place (and leads to disastrous misunderstandings).

His promises sound promising, right? But they are just words. Empty words. He has told her this many times. And he soon goes right back to his old patterns. They have the “talk” again, he makes empty promises, and so on and so on. Ali cries, Bob concedes, and I hope that she breaks up with him very soon.

As an adult, I hope that you like yourself enough to walk away from a man who makes empty promises. Adult women are mature enough to use better skills when dealing with men whose actions don’t match their words.

I encourage you to have higher standards. Don’t forgive a man for being an a-hole. If he doesn’t mean what he says, if he continues to make lame excuses, walk away. Pay attention to his actions. How many times do you need to be hurt in order to learn this valuable love lesson?

The sooner you cut loose from guys like this, the less heartache you’ll experience.

So listen carefully to his words and then observe what he does. If he shows himself to be a truly good guy, he’s worth your time and effort.

If his actions follow his words, he can’t prove he’s a good guy by trying to convince you.

Have you experienced the “good guy syndrome”? I’d love to hear how you dealt with men like this. Please share your comments below.