Home » breaking up with grace » Is My Boyfriend Cheating on Me?

Is My Boyfriend Cheating on Me?

Posted by Sandy Weiner in breaking up with grace, dating after divorce | 0 comments 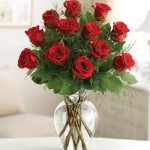 I have been living with my boyfriend since the end of 2009. Met him on MATCH.com

BACKGROUND: I divorced in 2009 after an eight year marriage–husband had affair with his “office mate” for six months. He went bankrupt, then filed for divorce.
I moved out and moved on. My boyfriend was the ninth guy I dated. We just clicked! I fell madly in love with him.

MY QUESTION: I was looking through a pile of store receipts to help him
find a breakfast receipt he could be reimbursed for at work, and I found
the grocery store receipt for the wine and doz. roses he gave me
for Valentines Day. I was curious…He bought two dozen roses and two bottles of wine.

Where did the second doz. roses and bottle of wine go?

I brought the receipt to him, he shrugged it off by flatly saying “I only bought one dozen roses. Take it back to the store and get my money back if you want.” Never mentioned it since. But he has been questioning me “Do I love him?” etc. etc. since. And telling me how much ‘he loves me’…five times a day.

This is a guy who is so tight ‘he squeaks’! He would have noticed he was charged twice as much!

Is my boyfriend cheating on me?

Let’s play out two possible scenarios, and see what might be happening here.

Scenario #1: Your boyfriend is guilty

If your boyfriend is cheating with another roses and wine recipient, he’s feeling guilty (all the “I love you’s”) and needs reassurance of your love for him (all the “Do you love me’s”). As a tight wad, so tight he ‘squeaks’, he would have noticed the extra charges and gone back for a refund himself. Why did he ask you to do that for him? And wouldn’t this type of guy have been more careful to hide those charges from you? He would have probably hidden the receipt or torn it up to hide the evidence.

If he’s truly cheating and won’t admit it, dump him or get some outside help to figure out the underlying causes. If you love him and think there’s a chance to work things out, it’s worth working on the relationship.

Scenario #2: Your boyfriend is innocent

You say you fell madly in love with him in 2009. Both of you were divorced that year. Your husband cheated on you. He was also financially irresponsible.

When you approached your boyfriend about the extra charges, he didn’t get defensive. He shrugged it off. A cheater would usually show signs of defensiveness, nervousness, blame, rage, etc.

It’s pretty common that grocery store cashiers overcharge customers. It’s conceivable that they made a mistake, and he is totally innocent.

My concern: Both of you met each other the same year you got divorced. You moved in together before allowing ample time for healing and recovery.  You were cheated on in your marriage and there were financial issues – trust was violated.

Without healing some of these old wounds, it’s easy to get suspicious when something triggers the past pain. Your ex cheated, so maybe this is a sign of your boyfriend cheating? Your ex was reckless with spending, so is it a bad omen that your boyfriend is overlooking a charge?

I don’t know much about you, Connie, but if you haven’t spent the time healing from the pain of betrayal, it can come back to bite you. You could be overreacting because of fear that your boyfriend will do what your ex did to you. My gut says this is what might lie at the core of your issue.

From your description, your boyfriend sounds like a good guy. He is probably asking for reassurance of your love because you’ve been suspicious and aren’t trusting him fully at this time.

Whether or not you choose to stay with your boyfriend is your choice. Whatever you decide, it’s important to remember that trust is one of the cornerstones to a healthy relationship. You need to be able to trust him. And working through old wounds would be helpful with or without  this man.

I suggest you work this through with a therapist or life coach. Let me know what happens.

Wishing you all the best,