Posted by Sandy Weiner in understanding men over 40 | 0 comments 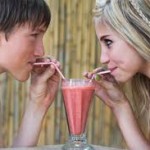 Have you ever wondered when some of your dating patterns began? I can remember as far back as third or fourth grade, having a crush on a boy named Jason (who probably never even talked to me). I used to stare at him on the playground at school, but he never even knew I was alive. Then, there was my high school crush. I spent two years shyly staring at him and blushing, until we finally dated in 9th grade. Notice a pattern here? I had to learn to be assertive in my relationships. I also eventually learned to become the ‘chooser’ in the relationship, not the one who was passively waiting to be chosen by Jason and high school crush guy. People attract certain ‘types’ due to a variety of circumstances; your parents’ modeling, your own self-esteem (or lack thereof), where you live, your relationship successes and failures, and much more. It’s important to look at the patterns you’ve created and create new standards in order to attract your best relationship.

This past weekend, a teenager approached me about her troubled relationship. I soon discovered that the problems of a teen are not so different from those affecting middle-aged women dating again after divorce.

Here’s her relationship in a nutshell:

‘Jane’ met ‘Joe’ about six months ago at a party. She wasn’t that interested in him. He pursued her and won her over a few weeks later.

After a several months, Joe stopped putting forth effort. He no longer took her out, preferring to hang out at his apartment.

He began pressuring Jane to go farther sexually than she was comfortable, and she said no. He had an attitude about her sexual boundaries, which made her feel bad.

He’d stopped spending money on her, even when they were shopping with their friends who were each buying gifts for their significant others. Jane ended up buying herself a necklace, while Joe looked on. Jane felt bad.

Jane feels like Joe doesn’t care as much as he did earlier in the relationship. And in spite of feeling disrespected and uncared for, she wants to buy him a gift. She wants to keep going out of her way to see him, instead of him coming to her.

I gave her some of the same coaching advice I give my middle-aged women:

1. If you want to know how a man feels about you, do nothing. Don’t go to his house. Don’t buy him gifts if he’s not buying you anything. Don’t keep calling/texting/etc. See if he makes the effort to see you, be with you, or buy you a gift now and then to show his affection.

2. If a guy pressures you for sex and doesn’t respect your needs, leave him for someone who does. Having personal boundaries around your body and sexuality is extremely important. Those patterns of self-respect begin early in life. I’m not advocating for being a prude, but for advocating for how comfortable you feel moving forward according to your own timeline, not out of pressure to meet a guy’s needs.

3. Stick up for what’s important to you. Communicate with him. If something is bothering you, let him know how you feel. Say it in a way that he can hear, not in an attacking, labeling, stick-it-to-him fashion. If he’s defensive, that’s not a good sign. You want to be with someone who respects you and what’s important to you, not someone who puts you down as ‘too sensitive’ or ‘too needy’ when you advocate for your needs.

And there you have it, the keys to dating with dignity and integrity start young. The basis tenets don’t change much over time.

Whether you’re just starting to date or dating again after divorce, develop your dating standards. They will serve you well throughout your life.