Home » breaking up with grace » Letting Go of Your Ex

Letting Go of Your Ex

Posted by Sandy Weiner in breaking up with grace, communication skills in dating, dating in midlife, red flags in relationships | 0 comments 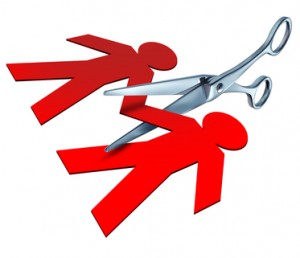 Ellen and Jim dated for six months. In the beginning, their relationship was wonderful. The attraction was strong, and they shared many common values and interests. By month six, Ellen realized there was one red flag she could no longer shove under the rug. Jim had unresolved anger issues, and his last outburst was the final straw. He wasn’t in therapy and didn’t think his anger was a big deal. If he wasn’t going to take responsibility for his anger issues, Ellen wanted out. She got together with Jim and told him it was over.

He was devastated and shocked. He said he didn’t see it coming, even though Ellen had discussed her concerns with him many times. He wouldn’t take “no” for an answer and began stalking her. He wrote her long emails, professing his undying love, pleading with her to take him back. Then he began to text her daily. His obsession with Ellen had the exact opposite effect than the one he intended. Ellen felt annoyed and unsafe. She told him to leave her alone, but he wouldn’t listen. That’s when she reached out to me for support.”Help! My ex won’t leave me alone! What can I do to make him stop?”

(This article was originally published in Better After 50. Having trouble letting go of your ex? To read more, click here.)