Home » dating after divorce » Liars and tigers and bears, oh my! (Does lying about your age on your profile mean that you’re lying about other things?)

Liars and tigers and bears, oh my! (Does lying about your age on your profile mean that you’re lying about other things?)

Posted by Sandy Weiner in dating after divorce, single women over 40, understanding men over 40 | 0 comments 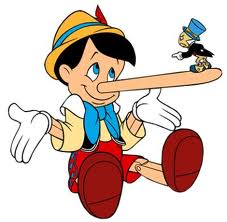 I am tired of viewing the online profiles of men who lie about their age. Sometimes they come clean with their real age in their essay and say that they posted a different age for search purposes. But they are still lying. My question for you is: if they lie about their age, should I assume that they are lying about other things? Should I write these guys off, or should I give them a chance?

I totally understand how exasperating it can be when a guy lies about his age. Women do it, too. Online dating is a small glimpse into a person’s life, and people are quickly judged based on a few key factors: their looks, age, and what they write about themselves, but mostly their looks and age. Some people lie with their photos, posting very old pictures, which are often quite obvious (yearbook? Come on!). Sometimes, people even post snapshots of other people! Tip: if someone looks like an Abercrombie model, it most likely is an Abercrombie model. Next!

The same goes with age. Some age better than others. And some lie about their age because they think if they look and feel amazing, you’ll think so, too. They want to come up in your search. Maybe you’d give them a chance if you thought they were younger. I don’t know. Each person has their own rationale for lying about their age.  But this doesn’t make it okay.

Does lying about your age mean that you are lying about other things? Maybe, maybe not. Some people only lie about their age. Some are perpetual liars. Liars of any sort put me off, so lying about age is a deal breaker for me.

If truth-telling is a character trait you are seeking in a mate, best to begin a relationship with the truth.

Best of luck in love,