Posted by Sandy Weiner in love after 40, understanding men over 40 | 0 comments 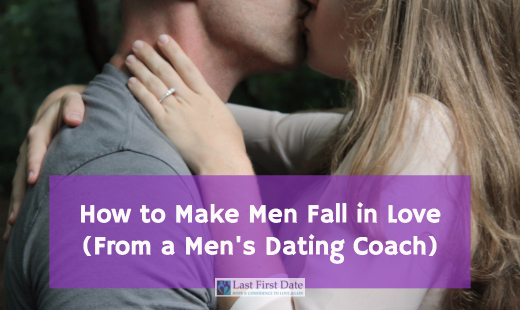 One rainy evening, I was walking down the street with my client. We were having a conversation about how a man can attract someone special into his life. He was complaining about how difficult dating is when shyness overshadows everything you do. After all, how can a man ask a woman out if he’s too self-conscious?

Mid sentence, my attention was broken. She was almost a blur, because she passed by so quickly, but I saw enough to be interested.

“Wait a second…” I interrupted my client.

There wasn’t any time to spare. She was going to disappear quickly into the bustling crowd. I had to do something quickly or regret the hesitation.

I hurried through the crowd of business people and dodged a number of umbrellas. Everyone had just finished work, and the street was teeming with people in a hurry to get home.

I caught up with her. “Excuse me” I said, with the same tone as if I was asking for directions.

She stopped, and tilted her umbrella upwards, exposing her face. I was caught off guard by her beauty, and our eyes locked. There was a momentary pause. Then I continued.

I explained why I approached her as people hustled in between and all around us. It was a little awkward talking through everyone on the street, but nothing could interrupt us now.

Surprised but composed, she kept her eyes on mine and we chatted for a couple of minutes. I cut it short, asked for her number, and parted with a soft handshake.

Our first meeting was brief, but three-and-a-half years later, we’re still together. Now, there’s talk about going to the ‘next level’.

Why did I fall for her?

Although I was open to anything, at the time I really wasn’t looking for a relationship. As a dating coach for men, I had met many women and had many relationships of varying lengths.

I enjoyed the time I had spent with the women I dated, but nothing really stuck.

Then I met my girlfriend, and things went in a different direction than I had expected. There was a certain amount of chemistry right from that first meeting which had drawn me in. My heart raced after our quick chat, and I even told my client that it ‘felt different’.

But what exactly made the difference this time vs. all of the other times I had met someone?

It couldn’t have just been her looks because I had been with beautiful women before. Was it her confidence and the fact that she challenged me? Or was there something else?

When we met for our first date, I treated it as ‘another date’. I couldn’t have predicted that we would be together years later.

Through this and past experiences, along with what I’ve learned from 6 years of coaching men, here are some guidelines on how to get a man to fall in love with you.

Too many couples bond based on superficial interests; things that they like but don’t have passion for.

Watching movies, going for walks, vacationing together can be great, but if it’s not something you have mutual passion for, then the ‘glue’ is going to be post-it note strong.

For me, a passion for hiking, the outdoors, and numerous road trips full of fun cooking experiences are important. I’ve travelled with women before and have cooked too, but there wasn’t a mutual passion.

It was always enjoyable for both of us, but for my partners it was just another way to pass time. Being really into something you can do together will create more meaningful experiences.

When both of you wake up craving that experience, you may be onto something.

The richer the experiences you share, the stronger your love will be.

2. Polarity is key. Lead with your feminine.

The differences between masculinity and femininity should be obvious enough. Sometimes the waters get muddied though.

Both men and women will possess different degrees of masculine and feminine traits. Traits from either side of the spectrum can come out depending on what the situation calls for.

You may be a successful, independent woman, but if you carry the same energy into a relationship, there will be an imbalance.

Masculine/feminine polarity is a tie that binds and makes us attracted to each other. Being with someone whose energy is in contrast to ours keeps us interested and turned on.

If both the man and woman have the same energy, then what’s the point of being together? As men, we crave a woman’s feminine energy. We want that contrast, not something that feels the same as what we already have.

To be clear, both men and women possess these qualities. Men can also nurture, give affection, and be soft. Women can be confident, bold, and assertive. The difference is that we don’t posses these qualities in equal measures.

Allow your feminine side to come out when you’re not in the boardroom. This will not only draw him to you, but will allow him to show more of himself too.

Let him know you’re attracted to his strength, and appreciate his efforts to pamper you. Let him know you like his masculine qualities, and that you feel safe in his presence.

3. Sex is the cement that bonds.

The ‘right time’ to have sex after starting to date can be debated. One thing for sure though—men will develop deeper feelings after a physical encounter. The same is true for many women.

The freer you both are to express yourselves sexually, the more your man will fall for you. Speaking openly about sex and learning each other’s desires creates vulnerability. That vulnerability requires trust, so when we share our deepest desires, it helps us connect and become more intimate.

Also ask him about his fantasies, what he enjoys the most in bed with you, and what he’d like to do to you/with you in bed.

I’ve been surprised a few times when told to do something that I didn’t realize my partner would like. Just hearing it from her lips turned on the heat.

Expressing some of these secrets will turn him on and keep him coming back for more.

After working a long day and dealing with various responsibilities, nothing is more refreshing for a man than coming home to a fun-loving, playful girlfriend. It can become addictive!

If you’re dealing with the many curveballs of life but know where you can go for an instant booster, what are you going to crave? This is something that can keep almost any man coming back.

If we feel good with you and can ‘let our hair down’, it’s a no-brainer where we’re going to want to be.

A fun relationship with lots of childlike play, flirting, and stress relief is addictive. We start to look forward to that endorphin rush where the rest of the world disappears in your eyes.

It doesn’t hurt to give him a slap on the shoulder, wrestle, a smile and a kiss when you greet, or telling a couple of jokes.

Let’s put all the steps together now. But…what if you’re overly serious, and it’s hard for you to be playful? Or if you’re habitually negative, will a quality guy want to stick around? No. He’ll get worn out by your negative attitude.

What can you do about that? To really make a man fall in love with you, focus on your mindset. What you think about is the blueprint for your actions and attitude about love.

Taking care of yourself is a sign of self-love, and loving yourself first is the only way anyone else will too.

By cultivating the best you possible, you’ll have the foundation for creating powerful emotional connections. The way you treat your man and the experiences you share together come from inside. Love yourself first, and follow these five steps. And that’s how you make men fall in love!

Eddy Baller is a dating and personal development coach who specializes in building confidence. He helps guys crush personal obstacles to become the kind of men that women desire and men respect. Contact Eddy to learn about confidence coaching for life and dating.