Home » dating in midlife » How Men View Dating and Sex

How Men View Dating and Sex

Posted by Sandy Weiner in dating in midlife, first date success, love after 40, self-esteem in dating, understanding men over 40 | 0 comments 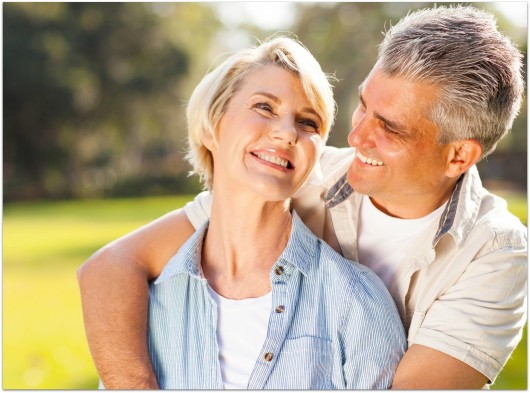 A confused single woman can’t figure out how men view dating and sex. Here’s what I said…

I am so confused about the “right” way to date. When I am honest and straightforward about presenting my true self on a first date, I often don’t get asked out a second time. It seems like maybe I’m not mysterious or flirtatious enough. I’ve been called down-to-earth. So, when I try to be coy, flirty, and don’t say too much, guys seem to like me better. They seem to be into the chase, the mystery of me. After they’ve made their conquest, they lose interest. It feels like either way you look at it, I lose. I am looking to find a wonderful man, and I don’t think my standards are unreasonable. Why can’t I find Mr. Right? Why does it have to be so hard? Men don’t seem like they’re from Mars. They seem like they’re from an alternate universe!

Dating can feel like a mystery, and men can be difficult to understand – especially if you’re working so hard to try and please them. You seem to be focusing on doing the so-called “right” thing because you want to make men happy. You want them to like you for who you are. You don’t want to be fake. You want to be yourself. I encourage you to be your most authentic self in dating.

But what about men? They can be confusing. It helps to know how men view dating and sex.

How Men View Dating and Sex

2. You can judge a man’s intentions by how he reacts when you turn him down. I don’t believe in the 3-date rule or the 3-month rule when it comes to sex and dating. Know your intentions for when you want to get physical with a guy. If you want to slow him down a bit, tell him you’re attracted to him, but you need to move more slowly. See how he responds. If he’s a gentleman and respects you, chances are he’s a good guy. If he gets angry, you have a window into his poor character. Good to know that sooner rather than later.

3. Don’t use sex as your secret weapon. If you use sex as your main draw to bring a man into your life, once he has sex with you, he’ll probably move on to the next conquest – I mean woman. Show a man your true value as a whole woman, not a sex object. When you value yourself, a good guy will value all of you.

As you can see our intentions at the outset can be quite different. But we end up in the same place. You’re in charge of your sex life. Have sex only when you feel ready, NOT when you feel pressured.

Another important factoid about men is they say what they mean. If he says he’s not ready for a committed relationship, he means it. He doesn’t mean that if you’re the right woman and you spend six months together while he dates other women, you will inspire him to settle down with you.

4. Be your best self

As far as being yourself, I encourage you to come to every date with your most charming, irresistible self. You have great friends who love you for who you are. Don’t suppress the lovable you in order to become the woman you think a man wants. You can stay true to your self while revving up your feminine charms.

And you’re right, you definitely don’t want to give away all your secrets on a first or second date. Leave a man wanting more. A little mystery is sexy and intriguing. Aren’t you attracted to a man with a little mystery, someone who shares just enough of himself to intrigue you? That’s what makes you want to see him again.

Men are not so hard to understand. And dating isn’t all that complicated. When you understand men and make a few small shifts in how you show up to your first date, I can pretty much guarantee you’ll become a much more successful dater.

This article first appeared in my weekly dating column at Better After 50.