Home » dating a dangerous man » How Much Is Your Relationship Costing You?

How Much Is Your Relationship Costing You? 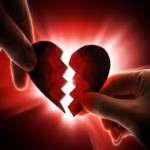 (This article was first published in Better After 50 September 4th.) My client *Annie has been seeing someone for about six months. If you’re imagining a hot romance, think again. The person she sees once a week is a warm, loving therapist. *Lisa is helping Annie get over an abusive ex-boyfriend.

Well, boyfriend is a bit of a stretch. Annie may have been in love with *Joe, but Mr. Hot and Cold was not in love with her. He sent her sexy texts and slept with her when she came to his place, but hardly ever made the 40-minute trek to see her. He bought himself $600 suits, but refused to pay for coffee or a movie. And Annie kept coming back for more.

They dated on and off for over a year. To complicate matters, they were co-workers. What began as a flirtation on an online dating site ended up causing Annie considerable emotional damage. Two years later, she’s still ruminating about why he broke her heart. She spends her evenings stalking his online dating profile. Her anxiety has led to a dependency on sleep medications.

How much is your relationship costing you?

When a person needs to heal from trauma from their past or any form of psychological dysfunction such as addiction, I recommend that they see a therapist, often while continuing to coach with me. Annie’s obsession with her ex is a form of addiction. That, combined with the negative experiences she’s had with most men in her life (including her father), are holding her back from opening her heart to a healthy loving man, someone who will treat her with the respect she deserves.