Home » dating after divorce » Patience is Key in Dating

Patience is Key in Dating 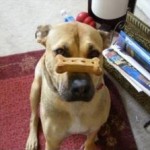 Kathy has been dating Larry for three years. Okay, maybe ‘dating’ is too strong a word. A better description would be occasionally seeing each other. Very occasionally, as in one date every six months or so with occasional phone calls and emails in between, always initiated by Kathy. I don’t know about you, but many of my clients would have shut the door on Larry after the first month. And I wouldn’t blame them. When a guy is interested in a woman, he usually escalates the relationship, from first email to first call, to first date, to dating weekly, and on and on until they are in a relationship. Why did Kathy pursue Larry if he showed no signs of obvious interest?

Good question! Kathy, a 57 year-old tall, pretty, slim woman, saw tremendous potential in Larry. She admired his character and felt in her heart that he was a good guy. But the timing was off for him.

Timing is a crucial component in the success of a relationship. So, while Kathy was ready to explore the relationship potential, Larry was overwhelmed with his work/home life. He was having trouble making time for himself outside of work and caring for his kids. How could he possibly make time for a relationship with Kathy?

Kathy knew that Larry wasn’t negating her, just not making time for her. So she stayed in contact with him. And every time she reached out, he was very happy about it. He thanked her. He told her he appreciated her persistence and patience.

Slowly but surely, the relationship began to grow. Very slowly! Larry began to make time for Kathy. They had a few dates in fairly close succession (twice in one month!). But he still wasn’t calling or emailing much in between dates.

Kathy decided to put her cards on the table. She let Larry know that she cared deeply about him and was ready for a relationship.

She decided to pull her profile off of Match.com. No pressure for him to follow suit. But she wanted to give the relationship a chance to grow and see what develops.

1. She let Larry know her standards and her intention. She told him she’s not interested in casual dating. She intended to date him exclusively.

2. She didn’t demand or nag. She told him to take his time and proceed at his own pace. That’s music to a man’s ears!

And guess what Larry did? He started to date her regularly. He accompanied her to some important life events, where he met her kids and her parents.

He began to call many nights a week. He thanked her for being so patient with him. He told her how much he valued her and missed her when they’re apart!

I’m not saying that this extreme level of turtle-paced development of a relationship is for everyone.

What I am saying is that it’s important to be patient throughout the dating, mating and relating process. Your pace may be very different from his. You may feel ready for commitment before he does. You never know if the timing is just not right for him. And pressuring him would be the absolute wrong thing to do.

Hey, I don’t recommend that you sit on your couch every Saturday night eating potato chips and watching I Love Lucy reruns, waiting for that guy with potential to come around and fall in love with you.

Quite the opposite: I suggest that if you meet a quality guy whose timing is off, continue dating other men and living a full and meaningful fun life. But don’t write him off just yet.

Be patient. Sometimes things turn around in a surprisingly good way. You never know!

If you’re feeling stuck in dating and relationships and would like to find love this year, sign up for a complimentary 1/2 hour breakthrough session with Sandy https://lastfirstdate.com/breakthrough

Get a copy of Sandy’s new book, Becoming a Woman of Value; How to Thrive in Life and Love here.