Home » dating after divorce » Q & A Wednesday: When Do I Ask Him for His STD Health Records?

Q & A Wednesday: When Do I Ask Him for His STD Health Records? 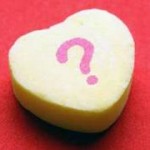 I’ve been dating Jack for three months. We like each other a lot, and decided to be exclusive. We’ve both shut down our online dating profiles. I’ve listened to your ‘rules’ about not having sex until I’m exclusive. And now I’m ready! But I have one concern:  when’s the right time to ask him about his sexual health? Should I ask him right before we’re in the bedroom? How do I make it so it’s not awkward?

First, congratulations on not giving up the goods before there is a commitment to be exclusive. This is smart for a number of reasons.

One, you became more desirable to your guy. You have shown yourself to be a dignified dater, which is the focus of my dating coaching philosophy. Your man desires you and knows he has won a treasure. You are not a woman who gives up the goods carelessly. Good for you!

Two, you have saved yourself from potential exposure to many STDs that could be transmitted when you’re with someone who’s sleeping with others while he’s sleeping with you.

Yes, it’s not sexy to share your health records, but it should be done with the same intention as a pre-nup: Know before you go!

Safe sex is so important, from a psychological and a medical perspective.

So, have a frank discussion.

You can say something like this, “Jack, I can’t wait to sleep with you. You’re in for the night of your life! But first, I have to ask you if you’ve been tested for STDs. I’ll show you my paperwork if you show me yours.”

Keep it light, to the point, and a little flirty.

Best of luck, and remember to breathe!