She Couldn’t Express Hurt Feelings to Her Boyfriend

Posted by Sandy Weiner in understanding men over 40 | 2 comments 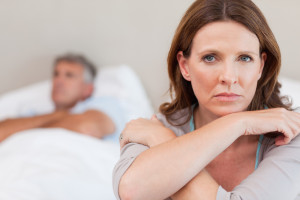 My client, Ellen (not her real name), told me about a relationship she had with Sam when she was in her twenties. After three months, he asked her to join him on a road trip across America.

She was excited! She loved many things about him. He was smart, funny, and the attraction was HOT. A few weeks later, they set out on the road, taking turns driving for hours at a time. On day three, the radio broke. (This was in the 80’s, before you could plug an iPod or phone into your sounds system). It was Ellen’s turn to drive. Sam pulled out a book and began to read.

He was preparing for a big work project.

“Sam, I know you want to study for your project, but I’m bored. It’s too quiet in the car. Please talk to me,” she said. But Sam just grunted and went back to his book.

She Couldn’t Express Hurt Feelings to Her Boyfriend

But she couldn’t express her hurt feelings. So, she sucked them up and continued to drive in silence. A few hours later, they stopped at a National Park to camp out for the night.

They set up the tent and lit a campfire to cook their dinner. As they were eating, Ellen was excited to finally have some one-on-one time with Sam. But, he just pulled out his book again.

A cold? Really, Sam? How could he not see that she was upset because he’d been ignoring her all day? He didn’t seem to care about anyone but himself, and that hurt. But apparently, he didn’t think anything was wrong. She questioned whether she made a huge mistake by agreeing to travel with Sam for two weeks. She felt trapped and lonely.

Did she tell him how she felt?

No. She was too embarrassed and angry to express her hurt feelings. She didn’t have the right words to say how she felt. Anyway, what was the use? He’d probably ignore her anyway.

So, she just kept quiet.

Sam had no idea how hurt she was. So for the rest of the trip, he went back to studying every time it was Ellen’s turn to drive. They stopped at the Grand Canyon, Bryce Canyon, and Yosemite. They visited breathtaking parks, mountains, and glaciers. But Ellen felt that sadness and loneliness throughout the trip.

Soon after they returned home, Ellen broke up with Sam.

She wanted to be with someone who was more sensitive to her needs. Was Sam really insensitive? And was there anything that Ellen could have done differently to help Sam understand what she wanted?​

This relationship might have turned out very differently had Ellen been able to clearly communicate with Sam about how hurt she felt. Who knows—maybe he would have put the book down and talked to her. Maybe they would have become closer instead of more distant.

Can you relate to any part of Ellen’s story? I sure can. When I was younger, I had many relationships that ended because I didn’t know how to express hurt feelings to a man. I didn’t know the words that would connect with a man’s heart, to make him understand me. When I felt vulnerable, I shut down.

If you’ve ever had trouble expressing your true feelings to men, my new course is exactly what you need. It’s called “How to Talk to Men So Men Will Listen, And Listen So Men Will Talk.” Click the link below to learn more.

You never have to suffer in silence again.