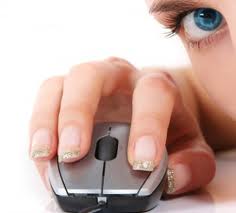 The internet has changed the world. We are no longer bound by the limits of geography or social classes. We can connect immediately with people from everywhere. We can tweet the CEO of a company and hear back from him/her immediately. We know what’s happening in the world as it’s unfolding. These are some of the coolest positive upsides of the internet. And then there’s the downside ~ namely that we can stalk our exes on Facebook and Online Dating sites way after the relationship has ended.

It’s hard to move on after a breakup when you still have access to him online. When you’re heartbroken, I believe it’s best to make a clean break. Otherwise, you won’t have the closure you need to find the person who is your ideal partner.

Cindy was dating Arnie for two months when he disappeared. They were on the cusp of getting serious, and he ran for the hills. She was pretty upset that he left with no explanation and decided to stalk him on Facebook to see what he was up to.

Her detective work uncovered that Arnie was dating a women fifteen years younger, someone without any apparent ambition in life, a waitress at a local chain restaurant.

This has been Arnie’s MO. He dates safe. He keeps his distance. He dates down.

Cindy is smart, ambitious, and beautiful. Apparently, he couldn’t handle her.

I coached Cindy yesterday, and pointed out that Arnie keeps repeating these patterns and doesn’t learn a thing about himself. He stays with these women until he’s bored, then moves on. He says he wants a serious relationship, but is not pursuing anyone who is seriously compatible with him.

It’s not Cindy’s job to fix or change him. It’s her responsibility to recognize when men like Arnie show up in her dating life. She’d benefit by quickly assessing what’s not working for her and move on.

Stalking keeps her stuck in the past, wondering what she did wrong, maybe even yearning for a man who rejected her.

Arnie did Cindy a favor. She’s learning about her relationship patterns and choosing better men.

Each relationship can be a learning experience. Look at the men you’re attracting and break the pattern.

One day, she can thank Arnie for letting her go. In the meantime, Cindy might want to ‘unfriend’ him. The right guy is out there, and Arnie’s not him.

Have you ever stalked someone after a relationship ended? Please share…