Home » dating a dangerous man » Should I Stay or Should I Go?

Should I Stay or Should I Go?

Posted by Sandy Weiner in dating a dangerous man, dating in midlife, online dating after 40 | 1 comment 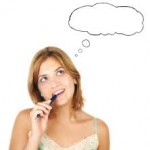 I am seeing a man, and I want your advice; should I stay or should I go? We met for our first coffee date about 4 weeks ago.  We had a pleasant time, and after the date, he asked me to call him anytime.

On the 2nd date, he was late for dinner.  I was annoyed because I was hungry and I like to be timely. He apologized by text. We had dinner and a nice conversation.  He was a gentleman and asked if he could kiss me, and I said not yet.  He respected that.

For the 3rd date, I met him closer to his home for dinner and I paid. After the date, he asked if I was free on Thursday, and we set a time for lunch.  Thursday came and there was no message or follow-up regarding lunch.  I texted him, and he said he can’t make it because of work.

On Friday, he texted me about what I was doing that weekend.  I told him I was busy most of the day, but he could come over to my place and help me prep some food for a party I was going to in the evening.  He said he would come over.  I asked him to call if anything came up.

At around 2:45 on Saturday, he texted “how is the day going?” I asked him to call me. He called right away with some lame excuse for not coming over at 2. He ended up coming over and after I spoke with him about it, he apologized and acknowledged that he should have called.

The following day, he called and suggested that the reason he didn’t come on time on Saturday was to see my reaction.  That put a cramp in my stomach. I told him that was weird.  He asked why. I said it was strange.

He called again that night and brought it up again.  “What if I didn’t show up on purpose?” I said it would be a definite RED FLAG! He said I was being extra sensitive. I said that I am sensitive and if he downplayed my emotion it would not make me happy.

Yesterday, he called and started to make plans for dinner and a play.  Part of me is still curious about him, so I accepted the date. What do you think – should I stay or should I go?

I’m curious what you find appealing in this man. He has been late, a no-show, makes last minute plans with you, and then tests you to see your reaction. When you share your feelings, he says you’re too sensitive. So what part of you is still curious about him? He has given you about ten signs that he is a jerk.

Should I stay or should I go?

Um…GO! Honey, he must be great looking or very charming for you to even hesitate for a minute about dating him again. My suggestion is that you develop clear standards about the men you date. Don’t pay for dinner early in the relationship. Let a man take care of you. Learn to receive. Stop giving a-holes so many chances.

Establish your five MUST HAVES. Those are the five character traits and qualities that a man must have for you to go on even one date with him. Are kindness, integrity, and accountability on your list? From what you’ve shared, it sounds like those are qualities you’re seeking in a man. Don’t settle for less.

Pay attention to those red flags. They are waving in your face. Don’t push them under a rug. Magnify them. Stop giving jerks a second, third, and fourth chance.

A guy with boyfriend potential doesn’t test you to see your reaction. He doesn’t consistently keep you waiting. And he definitely doesn’t say you’re too sensitive (or too anything for that matter!).

Be a woman of dignity. Make your list of five must haves today. Before you say ‘yes’ to your next date, check and see if that guy meets your requirements. If not, use my favorite four-letter word in dating…NEXT!