Susan Patton’s Skewed Advice on How to Marry Smart

dating in midlife, self-esteem in dating, single women over 40 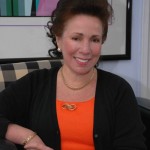 SUSAN PATTON became known as “The Princeton Mom” after a letter she wrote  in her alma mater’s newspaper went viral. “Advice for the Young Women of Princeton—the Daughters I Never Had”, reflections on what she’s learned about marriage and motherhood in the four decades since graduating, sparked an international dialogue. A year later, she wrote the highly controversial book “Marry Smart: Advice for Finding THE ONE”. In my interview with Susan Patton for a recent episode of Last First Date Radio, I confronted her on some of the more outrageous things she said about focusing on finding a husband during your college years.