Surviving Retirement as a Couple 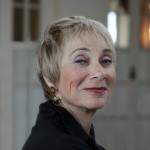 My radio guest, Miriam Goodman, is an author, award-winning radio and television producer, and pr consultant. She created the first nationally syndicated feminist radio program, and is a frequent contributor to NPR. She produced television features for Newsweek Broadcasting and the SF NBC TV-affiliate, earning two EMMY nominations. She’s a columnist for examiner.com. Ms. Goodman’s book, Reinventing Retirement: 389 bright ideas about Family, Friends, Health, What to Do and Where to Live is a comprehensive baby boomers guide to all aspects of retirement. Her book, Too Much Togetherness: Surviving Retirement as a Couple, deals with a controversial topic for the later years. Following are loosely transcripted highlights of the show. Enjoy!