Home » dating after divorce » The 4 Words That Signal a Man to Run for the Hills! (How to say ‘we need to talk’ & bring him closer)

The 4 Words That Signal a Man to Run for the Hills! (How to say ‘we need to talk’ & bring him closer)

Posted by Sandy Weiner in dating after divorce, love after 40 | 0 comments 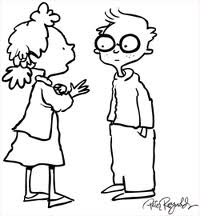 “WE NEED TO TALK.” Yes, I wrote that in SHOUTY CAPS on purpose.  To most men, you might as well be screaming those four words because that’s what it feels like to them. Help! The Urban dictionary describes ‘We need to talk’ as follows:

Obviously, the author of this Urban dictionary post was a guy! But seriously, what’s a woman to do when she feels the need to talk to her man about issues in the relationship? You’re about to be enlightened. Because there is a better way…

Men, by nature, don’t like to dissect the relationship with you. How many of men’s online dating profiles state that they are easy going, and they want a woman who is ‘drama free’. “We need to talk” feels like drama and pressure. Their attitude? Give it time and the hard stuff will pass. You can always shove it under the rug, right?

Not if you’re a woman!

What’s a woman to do? The good news is that you can get a tough conversation going with your man. The trick is in how you set it up and how you say it.

“We need to talk” Made Easy

1. Appreciate him. Men crave appreciation. Okay, so do women, but men don’t get it as often as we do. We are validated by our friends and even our co-workers. But men rarely say, “Hey, man, I really appreciate the effort you put into that omelet.” Or, “I really appreciate it when you pass me the ball, George.” Men get socked in the arm by their friends, but you can give him much needed appreciation. This serves many purposes. It will fill his ’emotional bank’ with extra currency. The more positivity in your relationship, the softer the blow when you need to discuss the difficult things. Appreciation also helps you. You’ll be focusing on what’s working in the relationship, not what’s missing or ‘broken’.

2. Tell him you’re not angry. If you are upset by something he did, you need to cool off before talking. Calm yourself down. Give yourself empathy for what you’re feeling. Ask yourself, “When Jon stayed out with his friends until 2 last night and I had no idea where he was and he didn’t call, what was I feeling?” Really check in with yourself. Once you work through your feelings and calm down, you’ll speak to him from a neutral place. If there’s anger in your voice, it will leak out. So unless you’ve worked it out for yourself first, wait until you’re no longer angry before talking to him. (But don’t wait too long…)

3. Make sure he’s focused and open to a conversation. Get his full attention. Ask him if it’s a good time to talk about something that’s on your mind. If you don’t have his focus and buy-in on the conversation, he won’t be open. If he says, no, it’s not a good time, ask him when would be a better time. Don’t just drop it.

4. Speak objectively about what happened. Don’t bring judgment or assumptions to the conversation. Begin with an objective observation. “Last night, you came in at 2 AM after telling me you’d be home by 12.” That’s it for your opening statement.

5. Tell him how you felt. “I felt frightened when you didn’t call to tell me you’d be late last night.I was worried that something had happened to you.”

6. Ask him how he feels hearing you say that. You want to hear his thoughts. You care about him. The point of this conversation is to bring you closer, not just dump your anger into his lap. If the intention is love and connection, he’ll feel more open to connecting with you and pleasing you. Men do love to please us women!

7. Make a request. Tell him what you’d like the next time something like this happens. For example, “The next time you know you’re going to be late, will you please call me to let me know?”

8. Show appreciation again. Tell him how much you appreciate him. Whether it’s for being open to the conversation, sharing his thoughts, allowing you to openly share your feelings in order to bring you two closer; it’s all about connection. When you end with appreciation, it’s a win-win. You both feel good. And his appreciation bank fills up even more, making the next disagreement so much less stressful.

Now, that wasn’t so bad, was it? No need for faking heart attacks with this type of confrontation!

Confrontation is scary to most people. The more you practice doing it with grace and kindness, the better you get. So please practice on someone this week. Whether it’s with your mate or your first date, your brother or your friend, practice will make it feel more organic when the going gets tough.