Home » dating after divorce » The Art of Letting Go of Mr. Wrong

The Art of Letting Go of Mr. Wrong 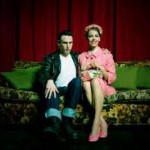 You’ve met a new man online and your interest is piqued. You’ve exchanged a few good emails, and you’ve just had your first phone conversation. It went pretty well. You like his voice, and you find that you have many things in common. But there’s a little feeling in your gut that says, “He is probably not right for me.” Maybe he lives too far away and the logistics are difficult to manage. Maybe it’s because his sense of humor makes you groan instead of laugh. Perhaps he is still angry at his ex or his parents. Whatever it is, something is not right. And you wonder, “Am I being too harsh in my judgment or is this something I need to pay attention to?” How do you know when to pursue and when to let go?

I believe that many people don’t pay enough attention to their hunches/intuition/gut feelings.

It has taken me a long time to trust those initial doubts and sort them through. My tendency is to overrule my intuition with my intellect.

Here’s an example of my inner dialect:

“He seems like a really cool guy. He’s good looking, and he’s very self-aware. He takes full responsibility for his actions, which is quite refreshing. But there’s something about him that feels off. When he laughs at his own jokes, I feel uncomfortable. When he told me that he stopped dating after one bad date six years ago, I felt a sharp ping in my gut. When he told me that he’s a loner, I felt like we were probably a mismatch. But he seems cool. I’ll go out with him once and see what happens.”

So, I go out with this guy and we are pretty comfortable talking openly and honestly, just like on the phone. But our conversation feels a little too much like a coaching session, as we are both coaches. When it seems like hours have gone by, I check my watch and see that it’s only been one hour. Another ping. I am now getting restless.

So, we go for a walk to a nearby park. He is fascinated by the trees, naming them, telling me how beautiful they are. My intuition says, “That’s kind of cool, but a little over the top.”

And then, as we’re leaving, he hugs a tree. He closes his eyes and hugs the tree for a few minutes, a look of bliss on his face. “I love trees”, he says.

I see that. And I’m now freaked out. My brother used to be a tree-hugger. My unstable brother. And now this guy has become my brother.

I no longer trust his ability to reason. It is now crystal clear that I will never see this guy again.

But how do I let go of Mr. Wrong without being hurtful?

When we reconnected by phone, we bantered a bit before I asked him, “So, now that we’ve met, what are your thoughts?” I wanted to give him the power to say no before I told him my feelings.

He wasn’t sure how he felt. He enjoyed meeting me, had a great time, but we live about six hours apart. He didn’t know how that could work. So, he was undecided.

This made my job easier. I said that while I felt he was a really good person, and that we did have some great conversations, ultimately, I didn’t think we were a good romantic match.

I didn’t think his energy matched mine, while he was attracted to my energy. I realize that all this talk about ‘energy’ may seem a little out there for some of you, but I do believe that there is an energy that we all emit. When energy feeds on someone else’s, the result is something greater and more magnificent.

Have you ever been with someone whom you felt less energetic around? There are people who feel like they suck the energy out of a room. And then there are those that enhance who we are. That’s what I’m looking for in a partner.

It wasn’t my place to judge his tree-hugging. After all, there are women out there who would love him exactly as he is. But that woman is not me.

I was able to say goodbye with grace and dignity. He thanked me for sharing my wisdom and inspiring him. It was a lovely parting of ways.

My tendency used to be to try and manage someone else’s feelings. I was afraid as to how they might handle rejection, especially a guy like this who placed so much on the possibility of our connection, having shut down from dating for so long.

But my coaching experience has taught me that people are creative, resourceful and whole. I have learned to follow my heart, and to say goodbye to Mr. Wrong with clarity and compassion.

There is a lid for every pot, as they say, and the only way I’ll find my right lid is to take off every lid that doesn’t fit.

Our intuition is probably the smartest part of who we are. Tune up your intuitive feelings, wherever and whenever you feel them.

Ask yourself, “Is this something worth paying attention to? And why?”

If you dig deep enough, you’ll be able to see the wisdom of you intuition.

Mine was telling me, “You need to be with a rational thinker, someone whose sense of reasoning you respect and admire. This guy is not right for you.”

Can you remember a time when you ignored your intuition? What was the consequence?