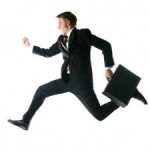 One of my services as a dating coach is writing online dating profile essays or helping people craft a better essay with my worksheets. There are many things that people do in their essays that make them ineffective. The most obvious is when they sound alike. How many women are equally comfortable in a little black dress and a pair of jeans? And who really cares? It doesn’t say much about you. Another top offender is “I feel so awkward writing about myself. My friends say…” That’s wasted ‘real estate’. You need to capture his attention from the first word. But there’s an even bigger mistake that women make that actually repels men.

What is the biggest mistake women make? They create an essay that appeals to other women, but not to men.

For example, a woman writes some version of this; “I love my family. I am a devoted mother. My kids are the most important thing in my life. I love to connect with my friends.”

The problem is, a guy reads that and says to himself, “Okay, great. How do I fit into this picture?”

What you need to do is include him, make him feel that you’re talking to him and about him. When he recognizes himself in your essay, he’ll be excited to write to you.

Haven’t you ever had the feeling that a guy is talking to you in his essay? I have, and I’ve immediately written to that guy.

“I am really attracted to men who are loyal and honest. If you’re the go-to friend that all your friends rely on, or you’re the guy everyone at work goes to when they need something done well and on time, you might just be the guy for me. If you’re that guy, I will treat you to the best foot massage after work and make your favorite meals. Basically, if you’re loyal and honest,  I will melt for you.”

That may sound cheesy, but this works.

Because it accomplishes two things:

1) It shows a guy that you have standards for respect and dignity in a relationship. You’ve announced the character traits you’re attracted to, not the fact that he’s athletic or makes a lot of money. It’s who he IS that appeals to you. He’ll recognize that in himself and want to rise up to meet that standard if he’s a good guy.

2) You are showing him that there’s a reward for his great character. You are not a door mat, giving without any expectations in return. That only invites guys to treat you poorly. When you have self-respect, he treats you well, and in turn, you want to shower him with love.

Sounds simple, but so few women do this in their essays.

So go ahead and tweak what you’ve written. Make a guy see himself in your writing, and see who you attract.

You’d better get your Excel spreadsheet ready to keep track of all the men you’ll be attracting!!

Have a great weekend,