The Challenge of Speaking Up in Dating 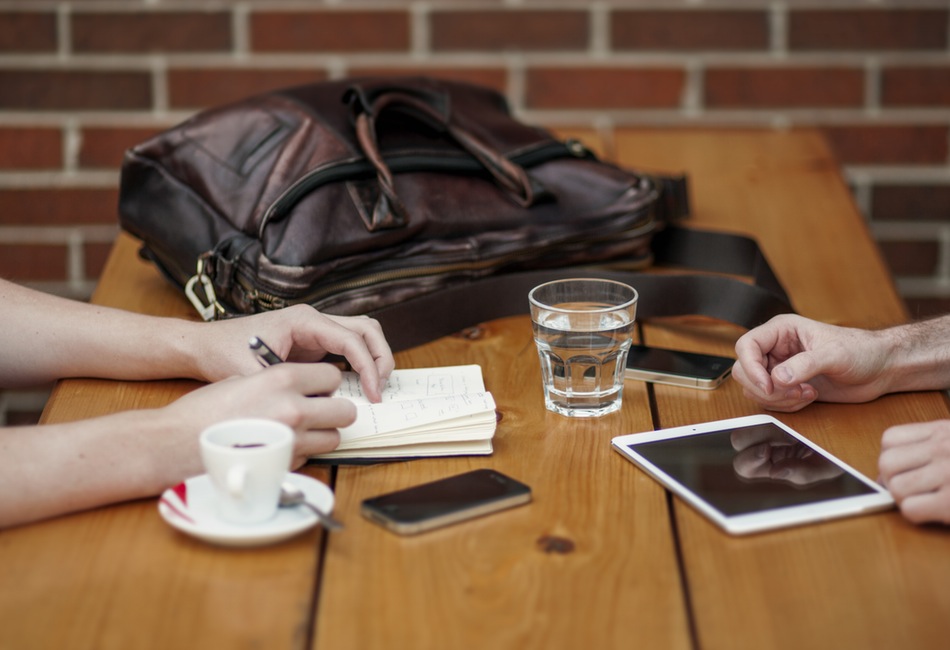 Speaking up in dating is challenging, especially when feelings are hurt. Find out what this woman wished she could have done differently with her rude date.

I’m sharing something I read on Facebook. The woman who wrote it is a successful entrepreneur who went on a date that ended terribly. She regrets that she didn’t have the courage to speak up and let this man know that it wasn’t okay to do what he did. It’s a great illustration of the challenge of speaking up in dating, even on the very first date…

The Challenge of Speaking Up in Dating

I went on a “date” last night. I was pretty excited to meet this guy. He’s 15 minutes later than the 7 pm time HE SET. Strike one. He checks his text messages no less than SIX times during dinner, saying, “Hold that thought” with his index finger in the air, “client business.” Strike two. Then, after an hour conversation where we are quite open with each other about our likes, dislikes, interests, pasts, he tells me, “I decided earlier today that this isn’t going to work out because, basically, I want kids so I don’t want to lead you on.” Strike three. Now I am pissed off.

Because he could have CALLED ME to cancel the date so I could have not WASTED my evening being manipulated but NO, he did not call me. I spent time getting all prettied up – I looked amazing and the bartenders let me know it while I sat there waiting for 30 minutes for my “date” to show up. Then we divulge personal stuff about our lives – me thinking he was earnest and interested in taking this further – and THEN… oh my god… it’s time to pay the check. He says, “Do you mind if we split this? I’m a democratic kind of guy.”

I was so dumbfounded – I stammered, “Uh, okay.” I paid “my half” and wandered, alone, back to my car. Humiliated – but just a little. I didn’t take it personally but I do have one regret.

And that regret is that I didn’t stand in my power from the beginning, because THEN, the fake “date” would have HEARD THIS at the end of the evening:

2. You texted during dinner. Rude. I would have preferred your attention fully on me and our interactions.

3. “Democratic” is just another word for “cheap” and NO, I’m not splitting the bill. What you should have said was, “Since I led you on and wasted your evening, the least I can do is pick up the check.”

But I didn’t say these things because I was timid and caught off guard. Can you imagine an entire evening where you think a guy is into you only to have him tell you, “I decided earlier today that this isn’t going in the direction I want to go.” How self-important can you be?

Important reminder: PEOPLE SHOW YOU WHO THEY ARE in all they do. When they show you, BELIEVE THEM. Clearly, I’m not quite in my power to attract this dynamic. More learning in standing up for myself to be done. And he looked SO good from afar. Yuck.

Thanks for reading. I welcome your comments. If you are man reading this, please don’t do these things and remind your buddies to not to do these things – to dates, girlfriends, wives, daughters, sons, sisters, mothers, fathers, friends, bosses, employees – anyone.

RESPECT. RESPECT. R-E-S-P-E-C-T. Aretha will be heard in my home for the coming months. Can you say “back bone?!!!” (And why even have the date? It’s like he showed up to just to be sure he was making the right decision that he already made – without me even being aware of it. That RadioHead song is in my head… ”cause I’m a creep…”)

What I love about this post is that this woman, who is powerful and outspoken at work, is very honest about being challenged in speaking up in dating. She knew what she wanted to say, and she said it so well after the fact. To her credit, she had the awareness about what she could have said. Many people don’t. And it’s not easy to let your date, a total stranger, know that you’re angry, annoyed, or hurt, especially because you don’t yet feel safe enough to express your true feelings.

She understands the importance of boundaries in dating, and that if a person shows you who they are, believe them the first time.

Speaking Up in Dating

So, what do you do if your date is late, rude, or inconsiderate?

Let him know how you feel – with kindness. Take the high road, especially when he doesn’t. Set your boundaries.

Before a first date, I recommend that you ask, “Are you an on-time person? I really value accountability, and I just wanted to know if you’ll be at the coffee shop on time.”  I once had a guy answer he’s often about 10 minutes late, but he’s working on it. Good information to have before a date.

If a man is fifteen-minutes late and hasn’t contacted you, text him and ask if he’s almost there. Tell him you’ve been waiting x amount of time and your time is valuable. If he’s not there in five minutes, you will be leaving. See what he says. He may have a valid excuse. Don’t make assumptions. Wait to hear from him before leaving.

If a man takes out his cell phone on a date, say, “I put away my phone so I can focus on getting to know you. Would you be willing to do the same?”

If he makes a rude statement, like “I knew this date wasn’t going to work out because ________”, say something like, “Ouch. That hurts. And you know, my time is valuable. I wish you would have canceled the date instead of wasting both of our time.” And then wish him well and leave.

And what about splitting the check? I do encourage women to speak up about the check, but it’s not easy. If it’s a deal breaker for her when a man asks to split the check, she could say, “I CAN pay my share, but I really appreciate when a man courts me and treats me to dinner.”

Have you ever had a time when you didn’t speak up when a person didn’t respect you on a date or in a relationship? Do you feel that a person shows their true colors from the very first time you meet? Please share your thoughts.