Home » dating after divorce » The Fight Club: How to argue well

The Fight Club: How to argue well 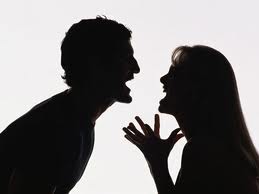 A good fight is an art. Yes, you read that right. I believe it is a fine art to know how to argue in a productive way. My kids used to get annoyed with me for arguing a point when I disagreed with someone. I can’t help it. I feel a need to speak up when I have an opinion I want to express. But there’s a big difference between how I used to argue and how I argue today.

Couples argue. Period. Any couple who says, “We never fight!”, I would question the quality of their relationship. If they are communicating openly and honestly, they are going to disagree at some point. According to relationship expert John Gottman, PhD., here are the four worst ways to disagree:

The Four Horsemen of the Apocalypse

2. Contempt: Attacking your partner’s sense of self with the intention to insult or psychologically abuse him/her

3. Defensiveness: Seeing yourself as the victim, and warding off a perceived attack

4. Stonewalling: Withdrawing from the relationship as a way to avoid conflict. Partners may think they are trying to be “neutral” but stonewalling conveys disapproval, icy distance, separation, disconnection, and/or smugness

So what can you do if you notice yourself participating in criticism, contempt, defensiveness, and/or stonewalling?

2. Learn to communicate consciously by speaking the unarguable truth

3. Learn to listen generously. Listen for accuracy, for the core emotions your partner is expressing and for what your partner really wants.

7. Re-write your inner script (notice when you are thinking critical, contemptuous or defensive thoughts; replace thoughts of righteous indignation or innocent victimization with thoughts of appreciation, and responsibility that are soothing & validating)

8. Practice getting undefended (allowing your partner’s utterances to be what they really are: just thoughts and puffs of air) and let go of the stories that you are making up

Thanks to relationship coaches/psychotherapists,  Bob & Marlene Neufeld for this excellent summary of the work of Dr. John Gottman.

How do you argue?