The Problem With Over-Sharing at the Start of a Relationship 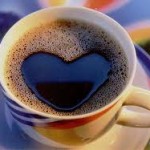 When I first began online dating after my divorce, I’d get very excited whenever I connected with a new man who sounded reasonably intelligent, kind, and sweet. If he was creative and we shared a worldview on religion, I would be ecstatic.

I would have first conversations that lasted several hours. I was unable to monitor how much we were both sharing of our lives. I was eager to get to know him as quickly as possible.

Essentially, we were two strangers, hoping that this would be the ONE, the relationship that would take us off online dating and under the wedding canopy…

I am now wiser. I understand the dangers of over-sharing. I have had my hopes dashed at the first physical meeting, unable to find a real connection in person.

Sometimes it doesn’t even take a first meeting to be turned off. Having shared so much of my life on the phone late at night on a first conversation, I have woken up with a pit in my stomach, thinking that I shared too much, that I projected a relationship where there was none.

And then the guy starts emailing and calling endlessly, as if we are already in a relationship. I feel like I’m choking, and the relationship is over before it even began.

I have blogged before about pseudo relationships, referring to relationships that are mere hopeful projections, based on fantasy. These relationships are not based in the reality of a couple who has taken the time to get to know each other before calling themselves a couple.

So, if you find yourself connecting with an over-eager over-sharer, here’s my advice:

1. Limit the first phone call to about a half-hour. You want to leave him wanting more. If you speak too long, you might regret some of the things you’ve said too soon.

2. Keep your private life private for now. There will be plenty of time to share the deepest parts of you. That is, if there is a future. Right now, you don’t know each other well enough to disclose all. It can be a turnoff to disclose too much too soon. After all, dating is filled with immediate judgments and jumping to assumptions. Less is more!

3. Reveal your values and character through your stories. You don’t need to tell your entire life story to show him who you are. When you share light-hearted stories about your life, such as your favorite childhood memory, or something about your work or travel that you love, you’ll reveal who you are without disclosing too much.

4. Save the heavy stuff for the future. I am a big believer in not dumping the difficult stuff on each other until trust and a relationship have formed. It’s much easier for him to forgive you for accumulating debt after he has grown to love you. You can hear about his kidney stones once you’ve come to love the entire package of who he is. Otherwise, you might picture yourself as his caretaker before you even know each other. Without love, care-taking is a burden. With love, it’s a loving act of kindness. Keep away from TMI!!

5. Meet each other ASAP! That first meeting is so important. You can connect really well via the phone, texts and Skype, but without a face-t0-face meeting, you don’t really know if you click.

So, relish in the moments for now. Be present with each other. See if you enjoy each other’s company. Do you feel safe? Heard? If he makes you feel good, deepen the relationship to see what’s possible between the two of you.

Open slowly to each other now and you’ll have less regrets in the future.