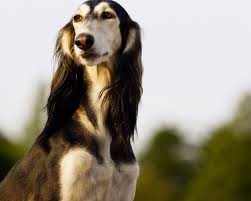 He came rushing towards me as I was walking into synagogue this past Saturday. Let’s call him ‘Arnie’. We’re acquaintances, both Jewish Orthodox divorced singles who live in the same community, but we don’t share much more than that. He told me that he had come across my profile on LindedIn and was fascinated by what I do for a living. He wanted to talk about this ‘dating coaching’ thing I do. So, he cornered me after services and started hammering away with his questions.

Arnie asked whether I was a matchmaker, which is something most people assume I am. I am not. He asked about statistics in dating, such as, “What are the stats on actually finding love over 50?” He asked theoretical questions, such as, “What are the main problems with online dating?” Most of his questions were too broad and vague, so I asked him to be more specific and personal. It’s hard to answer theoretical questions. I am not a scientist. I work with people.

He explained to me that he’d been divorced for over twenty years, and that his life was very full. Due to his negative experiences in dating, he would rather not seek out a woman anymore. He was happy with his single life. “This dog don’t hunt”, he repeated several times. But, if I found a nice woman for him through my work, I should send her his way.

My response? “This dog won’t find a woman to date.” She will not drop from the sky, show up at his door in a cocktail dress, drink in hand. He was kind of hoping for that magical woman who would come to him, no effort exerted on his part. And I was certainly not fixing him up with anyone I knew if he wasn’t willing to make any effort. I told him so.

He had basically stopped hoping for love because of the pain he experienced in the past, and I can almost guarantee he will get what he hopes for. If he doesn’t believe in the possibility of love, love will most likely not happen.

Of course, the opposite is also true. I believe that if you want something to happen, you need to believe in it with your whole heart. And then you need to take action in order to attract that thing into your life.

I spoke to a guy last week who was a chiropractor for many years. The first question he would ask a potential patient was, “Do you believe that you will see an improvement in your condition through our work together?” If they said, “No”, he would thank them and show them the door. They would often look at him as if he was crazy. Why wouldn’t he accept their money if they were willing to pay him? Because he had integrity, and he knew that if the patient didn’t believe in their own ability to heal, he/she probably wouldn’t heal well.

Back to Arnie. If he doesn’t believe in love, he will probably be single until his dying day. If the ‘dog don’t hunt’, the dog will go hungry. Or he might end up with road kill. Either option is not very fulfilling, if you ask me.

I told him that I believe in love. I want to find love again. It’s so important to me that I’ve made a career of it! I love helping others find love, too.

“Why do you want to find love?” he asked.

“Because I believe that my life will be enhanced by the right partner. My experiences will be enriched by the mutuality of give and take in our relationship. I want to grow old with someone by my side. I want to share life’s experiences, big and small. I yearn for love. It’s a top priority for me. And I spend a lot of energy seeking love. Most importantly, I believe in the possibility of finding a special guy. He’s out there. We just have to find each other.”

So, if you, too, want to find love, long lasting real love, please don’t form big conclusions based on your negative past experiences and shut down about ever finding love. There’s always more you can do to increase your chances of finding him or her.

Do you believe you will find love? I’d love to hear your thoughts.