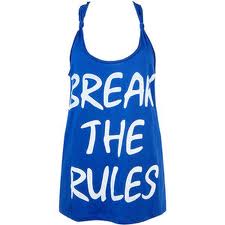 Have you heard the rule: three dates before sex? Or maybe it’s three months? I think rules like this can be detrimental to serious daters, those who are in it for love, for a long-lasting relationship. Let me explain. Yes, sex is important in a relationship. I’m not arguing that at all. Couples are usually drawn together because of sexual attraction. That’s the first and most obvious area of compatibility. But that’s only one dimension of compatibility in a relationship.

According to Dr. Sam R. Hamburg in Will Our Love Last? A couples’ road map, there are two additional and equally important dimensions of compatibility.

The third area is compatibility in the practical dimension. This refers to how like-minded you are in the practical decisions of daily life together. There are many daily decisions that are made when you live with someone. Don’t underestimate the importance of sleep patterns, eating habits, how you spend and save money, where to vacation, or what you do for fun. What kind of furniture do you like? There are couples who don’t furnish their homes because they don’t have the same taste.

The practical dimension may not seem so important to you while you’re dating, but imagine living with someone whose personal habits were so different from yours. Imagine that you can’t agree on how to spend money or where to vacation. This starts to chip away at a relationship and soon you’re working hard to make that relationship work.

If your relationship doesn’t have these three areas of compatibility, you will probably not end up in a lasting, loving long-term relationship.

Many relationships have two of these components but are missing one, and they still stay together for a long time. The problem is, they often struggle in the area that’s missing.

For couples who are lucky enough to find someone compatible in all three key areas, their relationships are easier, more fun, and less work.

Now that we’ve established what you need for a successful loving relationship that LASTS, let’s get back to the question about when to have sex.

You’re at the beginning of a relationship. You don’t know each other that well. You might feel you are compatible.

If you’re not yet sure where you stand in a relationship, don’t yet know if you are truly compatible with this new guy, proceed with care.

When it comes to sex in a relationship, men and women usually have different agendas. Men often date looking for sex and bump into love accidentally along the way. Women usually date for love, and sex bonds them in ways that make them a little stupid in love.

The oxytocin hormone released during sex, the same one that’s released during breast feeding and bonds a mother to her baby, gives women a false sense of attachment. Before you know it, you’re thinking that he’s your soul mate, even though some key areas of compatibility may not be met.

My advice is to pay attention to your gut. Are you feeling respected, valued, and understood for who you are?

Are you respecting him as a whole person? If so, if the attraction goes beyond the surface, go ahead and kiss, fondle, and enjoy each other sexually, but as Patti Stanger puts it so eloquently, just don’t stick it ‘in, in, or in’ until you know that you both want an exclusive relationship.

I know I said I don’t like dating rules, but if I had to have a rule, this would be it: When you’ve both pulled your online dating profiles, or when you’re both in an exclusive relationship, feel free to jump into the sack and have great sex.

Of course, there are couples who had sex on a first date and ended up in successful marriages. But those are the lucky exceptions to the ‘rule’.