Home » dating after divorce » Timing is Everything in Dating: Things to know before you date him so you can save yourself from heartache

Timing is Everything in Dating: Things to know before you date him so you can save yourself from heartache 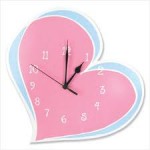 My client Judy is in her mid-fifties. A slim brunette with great skin, she looks about ten years younger than her age. She attracts a lot of men online, often men younger than she is. Last week, she started a conversation with a new younger guy. They went from first email to second, third and fourth emails within the first hour of contact. He gave her his number and asked her to call that evening. They had a great first call, and he texted her later that night and asked her to Skype him. Things were getting hot pretty quickly!

He was adorable on the Skype ‘date’, and they agreed that they both felt a spark of chemistry and wanted to meet, the sooner the better.

They made a date for that Saturday night to meet for drinks.

What followed were some sexy flirty texts. Judy was getting nervous that this was building too quickly, and she told him that she needed to back off just a little until they met. She didn’t want to get her hopes up too high in anticipation of their first date. That’s not healthy. It usually leads to disappointment.

And then he canceled the date via text on Friday morning. He had a legit excuse. He said he had to drive his kids places on Saturday night, and hadn’t realized that when he planned the date. He said he did want to meet Judy, and promised to make a date for a few days later.

He called on Friday afternoon and that’s when things got strange.

He overreacted to something she said. She apologized, but was taken aback by his reaction. He became cold and withdrawn. When they hung up, she had a feeling he might disappear. And he did just that.

She felt bad. This was the first guy who held any promise in months. They were having so much fun until the whole thing screeched to a halt.

As she thought about it over the weekend, she realized it was probably for the best. She recalled something he said on the first phone call. He told her he was only divorced a year, and he spent that year in a new relationship. That relationship had only just ended a month earlier!

He hadn’t spent any time healing from either his divorce or his first post-divorce girlfriend.

Judy and he wanted different things in terms of relationships. He wanted to have fun and see what happened. She was ready for a long-term relationship and didn’t want to casually date.

Two people need to start out on the same page in order to make a relationship work.

This relationship began with that spark of chemistry, but it would have been doomed to failure. Judy was already walking on eggshells with him, knowing that she had offended him by saying something that she felt was benign. And that is not something you want in a healthy relationship.

Perhaps in a year or two, this guy will be ready for a long-term relationship. Who knows.

For now, Judy feels good, knowing that she dodged a bullet. Had they begun a relationship, it would not have gone well.

It’s time to move on the next guy. Hopefully, the next guy will be the one. In the meantime, she is using the magic four-letter word in dating: NEXT!