Home » dating after divorce » To Reunite With Your Ex or Not, That Is The Question

To Reunite With Your Ex or Not, That Is The Question 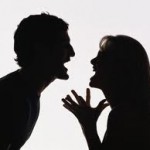 I was dating a really nice guy. Oh boy did we connect. He would call me every day on his ride home. We saw each other once or twice a week. My only red flag was his kids. He told me that he never introduced them to anyone. He’s been divorced 3 years & has 3 daughters: 20, 18 & 9.

About 3 weeks ago he called me on his ride home on a Friday. We had plans for Easter weekend & he was going to stay over my house for the 1st time.

Long story short….he said he would never put a wedge between him & his kids. Our plan was to spend Easter together, but as the week progressed his 2 older kids said he would be with them. So I was removed from that day.

I felt like that wedge. Brought it up & he claims he did not mean that. We have not seen each other since. He called a few days later & sounded angry with me & basically said he feels differently now & we are friends. No more daily calls.

He has called sporadically here & there & those conversations were like they way we used to chat. A friend overheard one of them when I was in the city with her. Her reaction (without knowing the situation) was OMG that was the most normal, genuine conversation…he sounds wonderful. That was last Wed. I have not heard from him since. I know this is his thing & it has nothing to do with me but……

Is there anything I should/can do to salvage this relationship?

Sounds like a case of ‘nice guy, bad boundaries with kids’ syndrome.’

It’s important to prioritize your kids as a single parent, and that means staying home most nights when they’re with you. It also means not introducing the kids to every person you date.

But when someone is important to you, and you’ve been dating for a while, and it’s escalating to something more serious, your kids should be integrated into his life and vice versa. That’s my opinion, and that’s how I’ve parented my kids.

As important as your kids are to you, it’s also good to let your children know that you have needs and that dating is important to you. You are taking care of yourself by dating. It’s one thing to prioritize the kids. It’s quite another to dismiss the girlfriend at the last minute in favor of the kids.

I think it’s hard for some men to balance their needs with their kids’ needs. There is often a fear of ruining the relationship they have with their kids, which is usually a fallacy. Women do this, too, of course, but we’re talking about guys here.

I am wondering if by bringing up how you felt, you triggered a threat to him, that he’d somehow have to choose between you and the kids.

He just doesn’t realize that.

I am not sure if this relationship is able to be reconciled, but if you really want to reach out and talk it through, you’ll need to be careful how you approach him.

Here are some guidelines for success.

1. Ask for his buy-in to the conversation. You might say, “Bill, I feel bad about how we ended our relationship. I really enjoyed the past two months, and I miss you. Are you available to talk with me about it?”

2. Empathize with him. Begin with compassion and understanding about what he might be feeling, what his fears or concerns might have been, while emphasizing how special your relationship with him is (or was). Find out what’s underneath, and be gentle in your prodding.

3. Be clear about your needs. Tell him how it felt when he dismissed you. Ask him how he feels hearing you express your thoughts.

It sounds like he has a lot of potential, and by speaking up in a kind but firm way, with standards and self-respect, you might be able to plant a seed. Then again, he might not be ready for a relationship. Let go of the outcome.

I have no idea how he’d respond, but I think it’s worth a try.

The next time a guy says his kids are top priority, get some clarity about how you will fit into the picture. It’s best to know before you get too involved.