Home » breaking up with grace » Top 10 Reasons Why Men Disappear

Posted by Sandy Weiner in breaking up with grace, dating in midlife, first date success | 5 comments 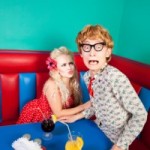 I write a weekly dating expert column for Better After 50. This week’s article was so popular, there were 800 hits in the first few hours! I thought you might want to see what all the fuss was about, so I’m sharing it here. Don’t you want to know the top 10 reasons why men disappear?

He kissed you passionately after date two. He said he had a great time, you’re beautiful, smart, sexy and amazing, and he’ll call you soon. And you wait for that phone call. A week goes by. Cue crickets… You’re left scratching your head. Is it me? Did I say or do something to turn him off? Was I a bad kisser?

You probably don’t want to why he didn’t call again. Would it make you feel better if you knew he disappeared because he’s not really divorced? How about if you knew he made out with three other women that week and whispered the same sweet nothings in their ears? Sometimes, you just don’t want to know.

It’s important that you don’t take the vanishing man personally. Let go and move on. It often has nothing to do with you. But sometimes it is about you. You may have said or done something on a date that turned off a good guy. I want you to find love. So, here are the top ten reasons why men disappear.

3. He’s shallow. Maybe he’s looking for someone with a bigger butt, blonder hair, or someone more sexually available. Would you want him to share that with you? Some things are better left unsaid…

4. Do you really want to hear ‘It’s not you. It’s me’? Men are tired of saying it, and you’re sick of hearing it. In today’s world of texting, sexting, and Facebook status updates, communication has become a lost art for many. It’s easier to say nothing than feel like a cliché.

5. It’s safer to date women he cares less about. Some men are so scared of commitment; they’d rather date a lower quality woman (i.e. who are will sleep with them with no commitment) than someone as awesome as you. You don’t want to date a commitment-phobe, do you?

6. He wants to be Mr. Nice guy. If he says nothing about why he left, he might feel like you’ll still see him as a nice guy, even if he made false promises and created the illusion that he was very interested in you.

7. You’re boring. Maybe you’re so afraid of saying the wrong thing; you just smile a lot and agree with most things he says. You’re afraid of expressing your opinion. I don’t recommend that you’re so outspoken on your first few dates, you shut him down (see tip #9). But do express yourself. Show him who you are. Read the newspaper, have an opinion, ask good questions, and bring your personality! You don’t get a second chance to make a great first impression.

9. You brought your work self to your dates. According to Dating Coach, Rachel Greenwald in her best selling book, Have Him at Hello, one of the biggest problems in dating in the 21st century is when women bring their work persona to a date. They take charge, pick the venue, argue that the guy is wrong about many things, and appear to be bossy, not assertive. What works in the office doesn’t work in dating. Leave your work at work, and bring your more feminine nurturing side to the date. I’m not saying you can’t be yourself. Bring your spunky, funny, passionate smart self to dating. Don’t be overbearing. This is the number one reason why men disappear.

10. He’s not emotionally available. He is separated for two years and thinks he’s ready to commit to a new relationship. He’s not. Or he is recently widowed and signed up for online dating hoping to fill a hole in his life. He compares every woman to his deceased wife. He’s not ready for a new relationship, but he doesn’t know it yet. It’s not your job to tell him. It’s your job to stay away from emotionally unavailable men. Unless you are looking for a casual fling, I recommend you date men who have been divorced or widowed for at least a year.

Want to avoid the disappearing man? read the rest of the article at BA50

* A special thank you to dating coach, Evan Marc Katz, for writing a great book, Why He Disappeared. His work has been very influential.